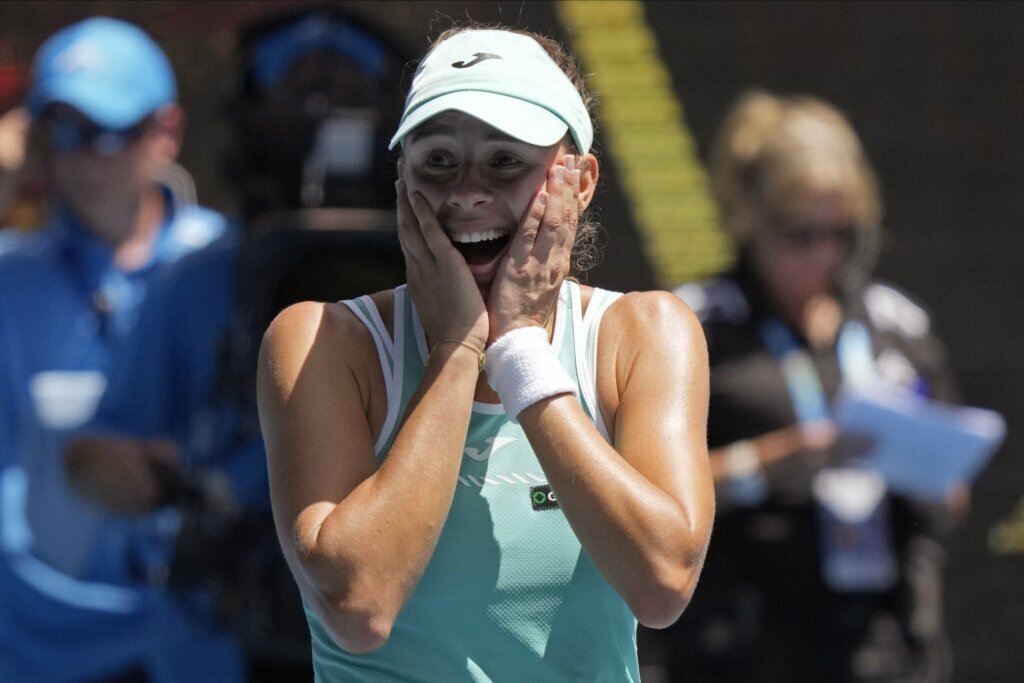 MELBOURNE, Australia (AP) — Two days after advancing to her first Grand Slam tournament quarterfinal, unseeded Magda Linette has gone one better and is into the Australian Open semifinals.

The 30-year-old Linette beat Karolina Pliskova 6-3, 7-5 on Wednesday, adding the former No. 1 to the list of top players she has beaten at Melbourne Park during this tournament.

A player from Poland was favored to reach the latter stages of the tournament, but it was top-seeded Iga Swiatek that everyone would have expected — and not Linette.

“It’s so emotional I can’t really believe it,” Linette said. “I tried to stay composed and took my chances when I could.”

Linette will play No. 5 Aryna Sabalenka, who beat unseeded Donna Vekic 6-3, 6-2 in a later quarterfinal. The women’s semifinals are scheduled for Thursday night.

Vekic, who had 13 double faults against Sabalenka, had a succinct appraisal of her serve: “I mean, it was all over the place. But I think mostly in the net.”

The other women’s semifinalists were determined on Tuesday. Two-time former Australian champion Victoria Azarenka will play Wimbledon titleholder Elena Rybakina for a chance to play in Saturday night’s final. Rybakina beat Swiatek in the fourth round.

Djokovic will be looking to qualify for his 44th Grand Slam semifinal and a win in that match on Friday would advance him on Sunday night to his 33rd major singles final.