ELLEN WHITE revealed a punctured lung she endured whilst receiving acupuncture speeded up her choice to hang up her boots.

The Manchester City heroine says the lung problem occurred following her return to the club with a back injury after playing for Great Britain at the Tokyo Olympics.

On Monday White stunned the football world by calling time on her glittering career after helping the Lionesses to win the Euros.

The former Citizens striker – who is England’s record scorer with 52 goals in 113 appearances – told BBC Sport she endured “a challenging time” following her return from the Olympics.

It is reported City invited an external expert to carry out acupuncture treatment on the striker after she suffered a back spasm following the contest.

White told BBC’s Football Focus: “If you’d said to me two or three years ago that you’re going to retire, I would have said ‘absolutely not’, but I’ve got to a time in my career.

“I had a challenging time last year – coming back from the Olympics. 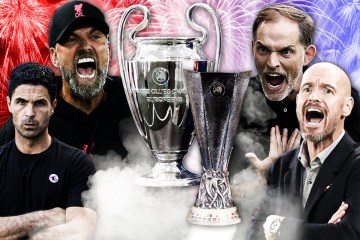 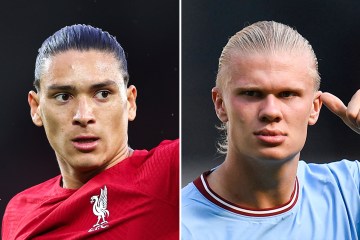 “I basically punctured my lung, and it was a lot for me to have to go through and a big reason that accelerated my want to retire.

“It was a really traumatic time for me and something that I’m still figuring out now, still working through.”

Acupuncture is a component of ancient Chinese medicine, which involves slim needles inserted into the skin to stimulate certain parts of the body.

It is often used to treat muscle and bone conditions.

The lung issue White endured, whilst receiving the treatment, reportedly left her short of breath and not able to do exercise.

White added: “It punctured my lung which isn’t something that happens normally, obviously.

“I had to wait for the lung to basically inflate again.

“I had a needle put into my chest to drag all the air out then hopefully the lung would inflate again – which it has.

“At the time, I think for me, I just got into a zone of: ‘I need to get back playing.

White, who skippered Man City to a Conti Cup win last season, says she has been affected by “phantom pain” following her injury

The Lionesses, striker who netted twice for England during their Euros-winning charge said: “I don’t want it to happen to anybody else again is my main thing.

“I don’t want to walk away from the sport having not told it and not say that I want things in place for it not to happen to anyone else.”