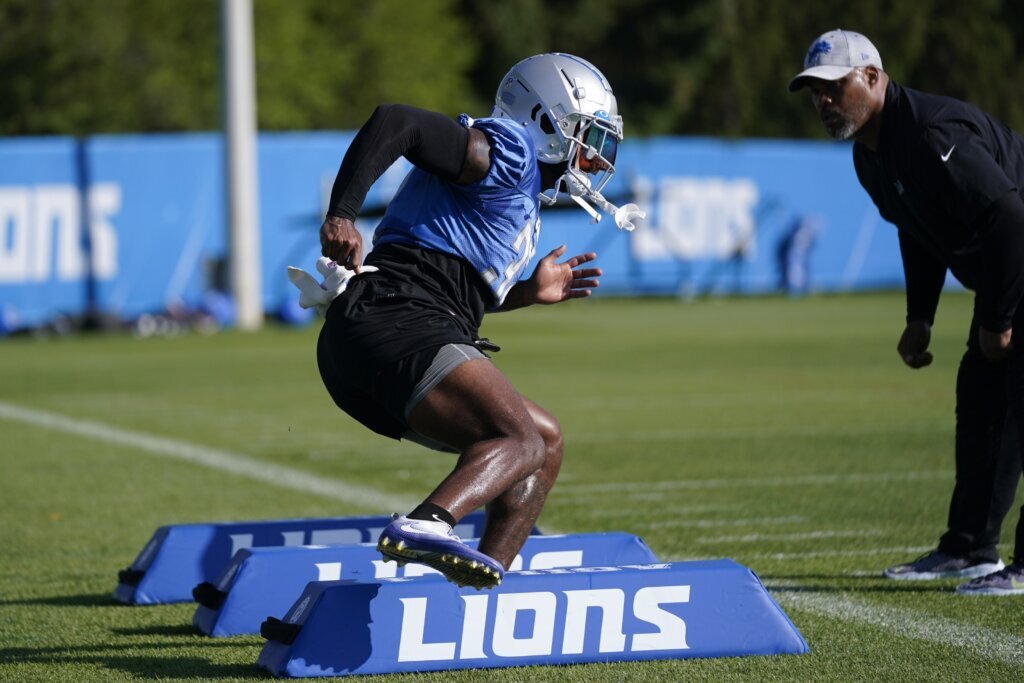 ALLEN PARK, Mich. (AP) — This offseason, the Detroit Lions challenged running back D’Andre Swift: Fight through the bumps and…

ALLEN PARK, Mich. (AP) — This offseason, the Detroit Lions challenged running back D’Andre Swift: Fight through the bumps and bruises and play through all 17 games in 2022.

Swift, who was injured in each of his first two seasons, is healthy now and the team expects him to be one of its top players on offense.

It’s a blunt statement from Staley, but that’s the kind of honesty Swift and the rest of the Lions roster has come to expect from the coaching staff. Those words carry more weight coming from Staley, who was an NFL running back for 10 seasons.

“Duce is going to tell me what I need to hear, and that’s kind of what you need,” Swift said. “That’s the type of guy I want to play for.”

The 23-year-old is taking the challenge head-on, hitting the weight room in the offseason and arriving to camp noticeably bigger and stronger.

“Full body strength,” Swift said of his offseason regimen. “Getting my body right.”

The Lions, too, are taking responsibility to make sure that Swift can stay healthy. They plan to increase his training camp workload but also won’t overload him.

“There could be a little bit of, we ramp him up for a couple days, back him off on the third day,” coach Dan Campbell said. “But we’re going to be smart with him.”

Swift has shown flashes of being a potent weapon for the Lions’ offense. He improved his all-purpose yardage from 878 his rookie season to 1,069 last year. But a combination of sharing the backfield with Jamaal Williams and nagging injuries limited him to just 151 rushes last year, ranking him 30th among NFL backs.

Campbell has seen enough potential in the 2020 second-round pick and admitted it’s going to be hard to take Swift off the field when the season begins.

“Swift is one of our most explosive players on offense,” Campbell said. “Like literally, we feel like, ‘Alright man, if we set this up right and there’s any space, this guy can take it to the house.’ He’s got that ability, and so, my gosh, man, you want those guys out there every play.”

Swift may also benefit from the high expectations of the offensive line. While injuries led last season to left tackle Taylor Decker missing the first eight games of the season and Pro Bowl center Frank Ragnow the final 13 games, all five starters are currently healthy.

Swift said “that’d mean the world” if it stays that way.