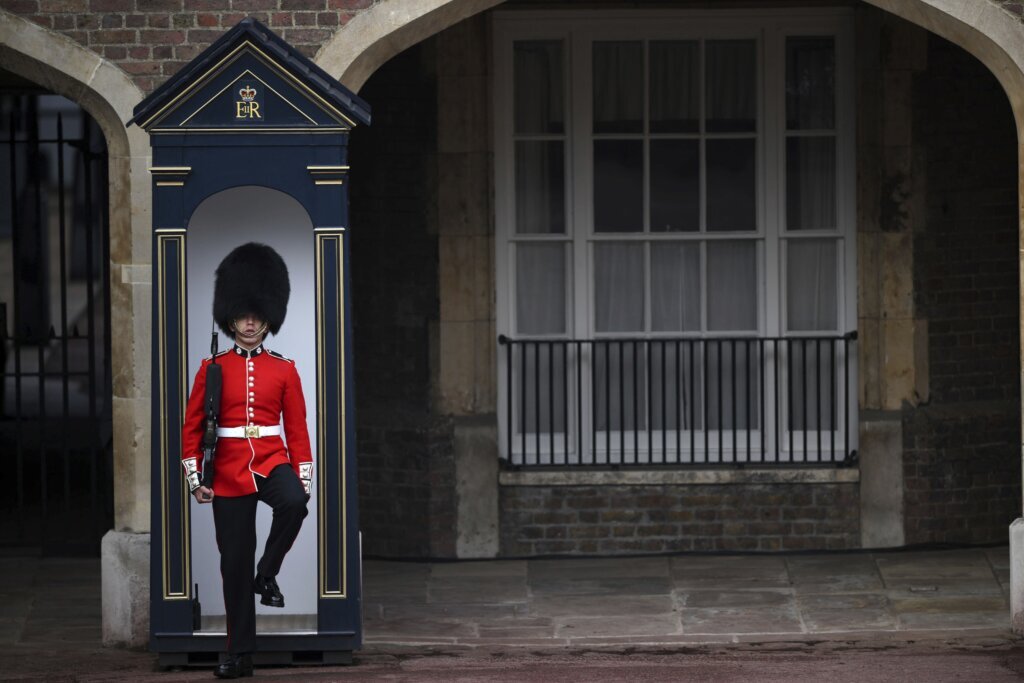 King Charles III has been officially announced as Britain’s monarch Saturday, in a ceremony steeped in ancient tradition and political…

King Charles III has been officially announced as Britain’s monarch Saturday, in a ceremony steeped in ancient tradition and political symbolism — and, for the first time, broadcast live.

Charles automatically became king when his mother, Queen Elizabeth II, died on Thursday, but Saturday’s accession ceremony is a key constitutional and ceremonial step in introducing the new monarch to the country.

The ceremony at St. James’s Palace, a royal residence in London, is attended by the Accession Council, made up of senior politicians and officials who advise the monarch. They met without Charles, officially confirming his title, King Charles III. The king will then join them to make a series of oaths and declarations.

It’s the first time the ceremony has been held since 1952, when Queen Elizabeth II took the throne.

—- A singular queen, mourned by her people

— “The Crown” pauses production because of queen’s death

— Will Charles be loved by his subjects, like his mother was?

— ‘A constant in my life’: World mourns Queen Elizabeth II

LONDON — Britain’s King Charles III told Prime Minister Liz Truss that losing his mother was the day he had been dreading and that he must “try and keep everything going.”

Their meeting happened Friday in Buckingham Palace after the king flew from Scotland to London.

Queen Elizabeth II had appointed Truss to the role just two days before her death.

And Truss praised the queen during the start of a special session of Parliament, calling her “the nation’s greatest diplomat” and said her devotion to duty was an example to everyone.

Normal business in Parliament has been suspended and lawmakers will spend two days offering their memories and reflections on the queen.

WASHINGTON — U.S. President Joe Biden told reporters on Friday that he planned to attend the funeral for Queen Elizabeth II.

Biden was the 13th and final U.S. president to meet the woman whose reign spanned seven decades. The queen had met every American president since Dwight Eisenhower, with the exception of Lyndon Johnson. That’s because Johnson did not visit Britain during his presidency.

Biden and first lady Jill Biden said the queen’s “legacy will loom large in the pages of British history, and in the story of our world.”

ATHENS, Greece – Greece’s former King Constantine has described Queen Elizabeth II as “a beacon of dignity and humility for the whole world.”

Constantine lived in London for years after the Greek monarchy was abolished and is close to the British royal family.

“We have been through so much together and I will never forget the love and support she showed me and my family,” he said in a statement Friday. “To King Charles III, I wholeheartedly wish an equally successful service to his country.”

LONDON — King Charles III has expressed his love for his son, Prince Harry, and his wife, Meghan, in his first speech to the nation since taking the throne.

Charles, who became king upon the death of his mother, Queen Elizabeth II, wishes the couple well “as they build their life overseas.’’

Meghan, 41, and Harry, 37, have been in a tense relationship with Britain’s royal family since they stepped away from royal duties and left the U.K. in early 2020, citing what they said were the unbearable intrusions and racist attitudes of the British media.

The comment came during a recorded speech before a memorial service honoring the late monarch, who died Thursday.

LONDON — King Charles III says he feels “profound sorrow” at the death of his mother Queen Elizabeth II, and has vowed to carry on her “lifelong service” to the nation.

Charles is making his first address to Britain and the Commonwealth as monarch. He became king on Thursday after the queen’s death.

“That promise of lifelong service I renew to all today,” he said.

His speech was broadcast on television and streamed at St. Paul’s Cathedral, where some 2,000 people were attending a service of remembrance for the queen. Mourners at the service included Prime Minister Liz Truss and members of her government.

Flags were flying at half-staff on landmarks in Australia on Friday as people expressed sadness at the passing of Queen Elizabeth II.

“There is comfort to be found in Her Majesty’s own words: ‘Grief is the price we pay for love.’” said the Australian prime minister.

New Zealanders also mourned the passing of Queen Elizabeth II with tributes around the country on Friday. At the Auckland War Memorial, a group of young people performed the Haka, a ceremonial dance in Māori culture. Flags flew at half-staff around the country.

Prime Minister Jacinda Ardern said New Zealand had moved into a period of official mourning, and would hold a state memorial service after the official funeral in Britain.

Nigeria’s President Mohammodu Buhari offered his condolences and expressed sadness on hearing of the queen’s passing, according to his spokesman.

That sentiment was echoed by one man, Musa Adamu, at a news stand in the capital Abuja. The civil servant urged the British people to “exercise patience and endure the pain,” noting that “God will bless you all of you now.”

The flag flew at half-staff outside the British High Commission.