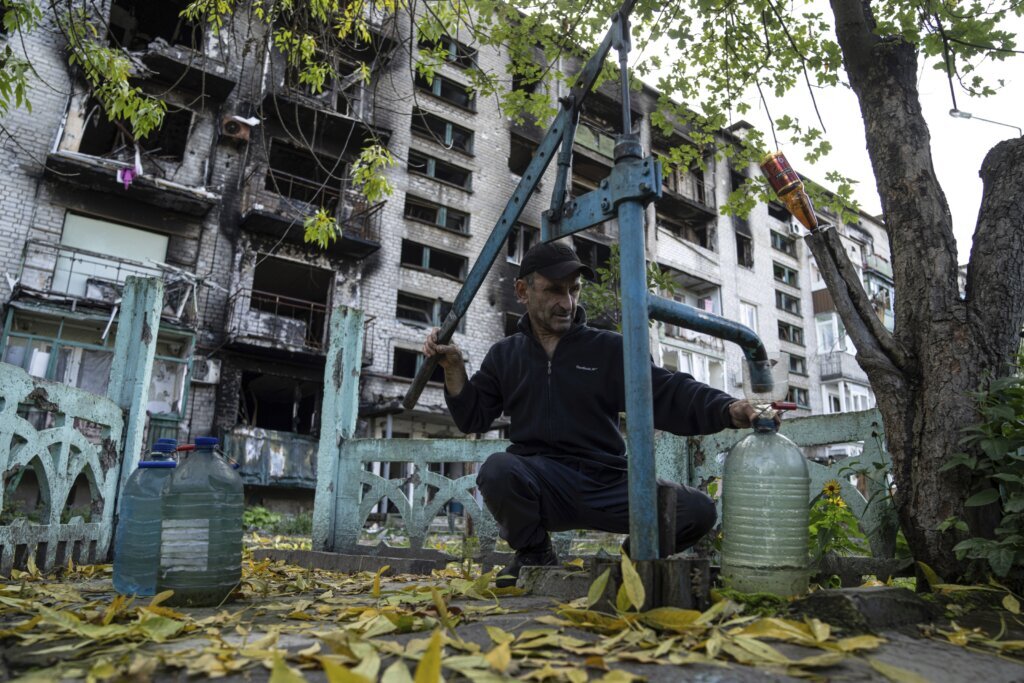 The upper house of the Russian parliament has ratified the treaties with four Ukrainian regions to absorb them into Russia.…

The upper house of the Russian parliament has ratified the treaties with four Ukrainian regions to absorb them into Russia.

The Federation Council voted quickly Tuesday to endorse the treaties making the Donetsk, Luhansk, Kherson and Zaporizhzhia regions part of Russia. The vote came a day after the lower house endorsed the pacts following the Kremlin-orchestrated “referendums” in the four regions that Ukraine and the West have rejected as a sham.

Russian President Vladimir Putin is now expected to quickly sign the ratification treaties to complete the process of absorbing the regions even as intense fighting is raging in those areas.

The move by Russia is seen as an escalation of its war effort since it could interpret attacks by Ukrainian forces in those areas as aggressions on its own territory.

KYIV, Ukraine — Ukraine’s presidential office says that at least five civilians have been killed and another 10 have been wounded in the latest Russian shelling.

It said Tuesday that one person was killed when Russian missiles struck Kharkiv, Ukraine’s second-largest city. A doctor was killed and two nurses were also wounded when Russian shelling hit a hospital in the Kharkiv region.

The southern city of Nikopol across the Dnieper River from the Russia-controlled Zaporizhzhia nuclear power plant came under intense shelling that damaged more than 30 houses, a school and several stores. The shelling interrupted water supplies and led to partial blackouts.