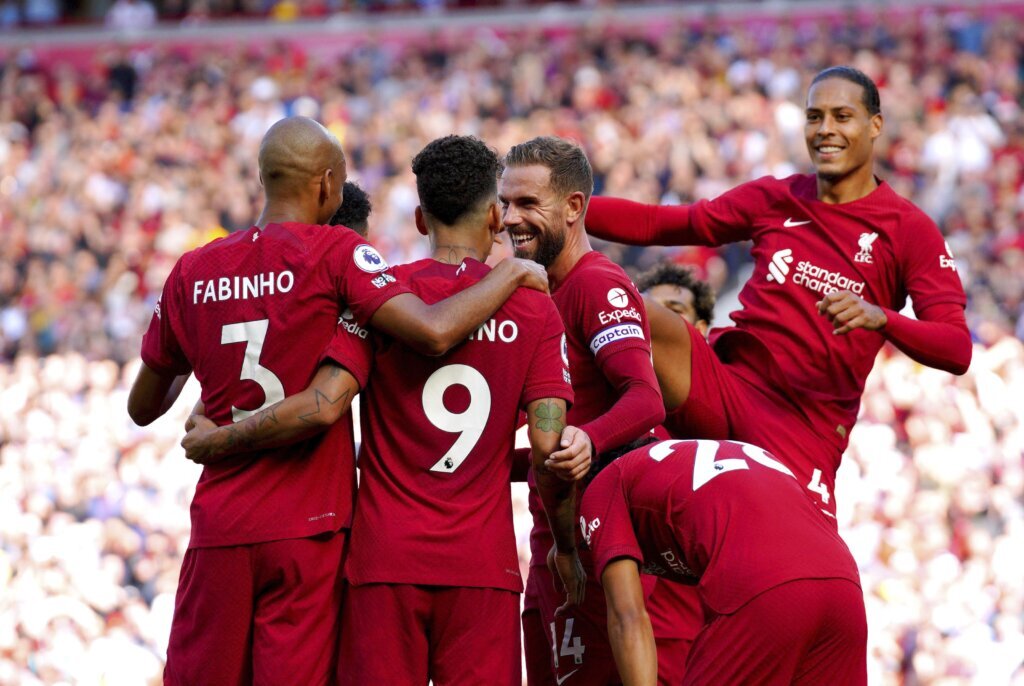 LONDON (AP) — After a winless start to the season and a dispiriting loss to its archrival, Liverpool set out…

LONDON (AP) — After a winless start to the season and a dispiriting loss to its archrival, Liverpool set out to make a statement against Bournemouth on Saturday.

A 9-0 win, equaling the record for the biggest-ever victory in the Premier League, sends a loud message indeed.

Liverpool blew away Bournemouth at Anfield to put its early-season struggles behind it, with Roberto Firmino scoring two goals and setting up three more.

After opening the campaign with two draws and a loss, it was the kind of performance that will erase many of the questions about whether Jurgen Klopp’s team had lost its edge.

Manchester City also showed that it can never be counted out after the defending champion found itself trailing by two goals for the second straight game. Erling Haaland netted a second-half hat trick as City rallied to beat Crystal Palace 4-2 at home — having only managed to salvage a 3-3 draw at Newcastle last weekend.

Manchester United and Chelsea also won on a good day for the Premier League’s traditional powers.

United made it back-to-back wins in the Premier League for the first time since February by beating Southampton 1-0 away thanks to a second-half goal by Bruno Fernandes.

Chelsea overcame the early sending off of Connor Gallagher to beat Leicester 2-1 at Stamford Bridge behind two goals from Raheem Sterling.

Arsenal, the only team to start the season with three wins, had a chance to maintain its perfect record when it played Fulham at home in the late game.

Arsenal 2 Fulham 1: Gabriel makes up for defensive howler with late goal to seal win and keep Gunners top of the table