Lucas Digne ruled out as another injury hits France 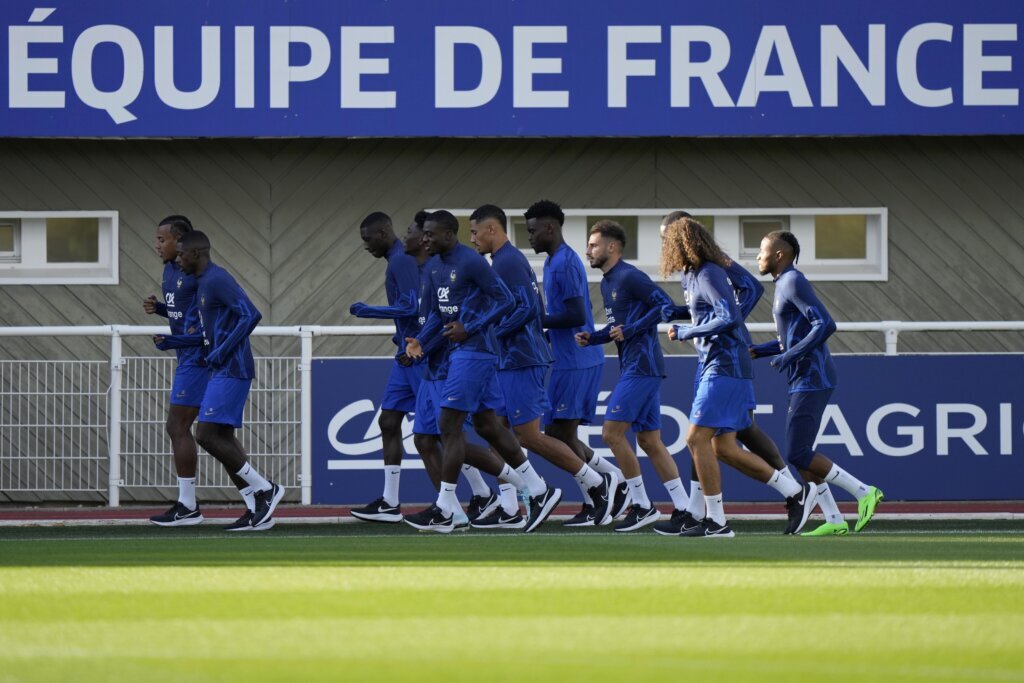 PARIS (AP) — A host of injuries have struck France in the leadup to a pair of Nations League matches later this week.

The French football federation on Tuesday added Aston Villa defender Lucas Digne to a long list of injured players ahead of matches against Austria and Denmark.

France coach Didier Deschamps has called up Rennes left-back Adrien Truffert as a replacement for Digne, who has a problem with his right ankle, the federation said.

Digne had been a late addition to the training camp, having joined his teammates on Monday after AC Milan defender Théo Hernandez was withdrawn from the squad because of a torn adductor muscle.

France captain Hugo Lloris has also been ruled out of the games, because of a right thigh injury, and replaced by Nantes goalkeeper Alban Lafont.

France plays Austria on Thursday and travels to Copenhagen three days later to take on Denmark.

Les Bleus face relegation to the second tier of the Nations League. The defending champions are in last place in Group 1 with two points from four games. Denmark leads with nine.

On Saturday, Marseille midfielder Jordan Veretout was called up as a replacement for the injured Boubacar Kamara, the day after Kamara had replaced Adrien Rabiot.

Deschamps also needs to deal with the absence of several other players including Paul Pogba, Karim Benzema and N’Golo Kanté.