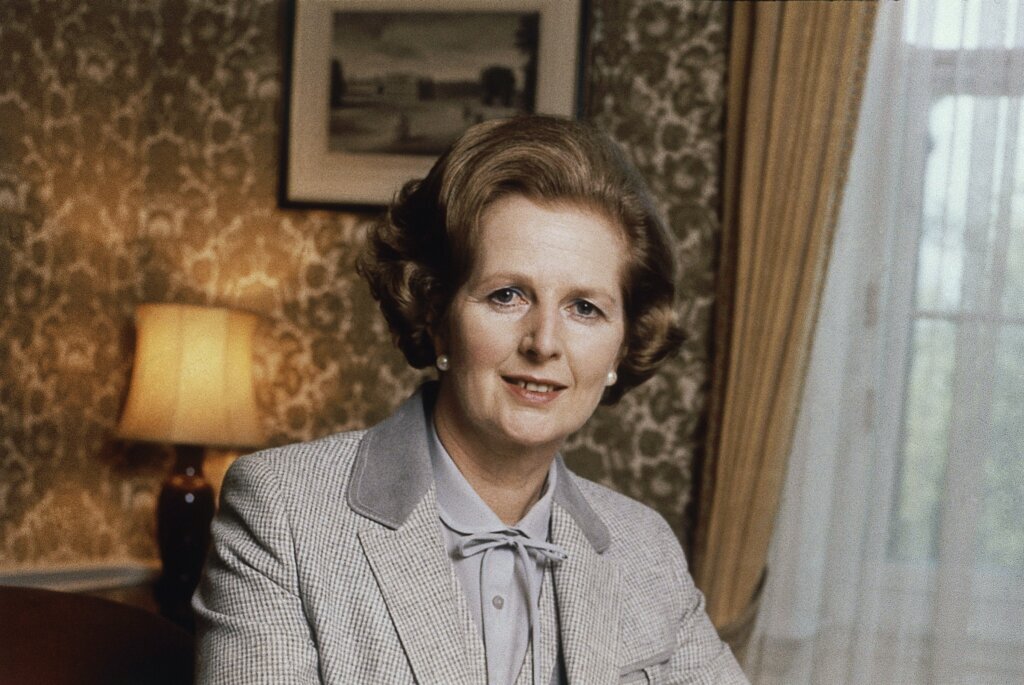 LONDON (AP) — Two people are running to be Britain’s next prime minister, but a third presence looms over the…

LONDON (AP) — Two people are running to be Britain’s next prime minister, but a third presence looms over the contest: Margaret Thatcher.

The late former prime minister dominated Britain in the 1980s, and has left a large and contested legacy. Critics see her as an intransigent ideologue whose free-market policies frayed social bonds and gutted the country’s industrial communities. But for the governing Conservative Party, Thatcher is an icon, an inspiration and the presiding spirit who made Britain fit for the modern era.

In the race to replace Boris Johnson as Conservative leader and prime minister, both Foreign Secretary Liz Truss and former Treasury chief Rishi Sunak claim to embody the values of Thatcher, who died in 2013 at 87.

Asked who was Britain’s greatest prime minister? Both candidates unhesitatingly say Thatcher. Sunak made a key speech in the late leader’s hometown of Grantham, declaring himself a proponent of “common-sense Thatcherism,” while his wife and children took selfies in front of the Iron Lady’s bronze statue.

Victoria Honeyman, associate professor of British politics at the University of Leeds, says Thatcher is “a talisman” for Conservatives. Robert Saunders, a historian of modern Britain at Queen Mary University of London, believes “she has become a creature of myth.”

“Like Thor’s hammer, Thatcher’s handbag can bestow godlike powers on those deemed worthy to lift it,” Saunders wrote on the Unherd website.

In one sense, the Thatcher fixation is easily explained. She led the Conservatives to three successive election victories and was never defeated at the ballot box. She was eventually brought down — like Johnson — by her own party, ousted in 1990 after 11 years in power.

“Every Conservative leader since Margaret Thatcher has failed,” said Vinen, author of the book “Thatcher’s Britain.”

John Major lost the party power in 1997, and the three leaders after him kept the Tories in opposition. Prime Minister David Cameron gambled on a 2016 referendum that, against his wishes, took Britain out of the European Union. His successor Theresa May was defeated by Brexit infighting, and Johnson has been given the boot by Conservative lawmakers after months of ethics scandals.

Thatcher’s decade in power, through war and peace, boom and bust, also offers rich pickings for acolytes to choose from. She was a wartime leader who defeated Argentina over the Falkland Islands, a democrat who stood up to the Soviet Union and saw the Cold War end, a union-bashing capitalist who unleashed the power of the financial markets.

“You can basically cherry-pick what you want,” Honeyman said.

That selective memory is at work when today’s Conservatives, who are overwhelmingly pro-Brexit, say Thatcher would have supported the decision to leave the EU. Vinen says “it’s almost sacrilegious” to point it out, but “Thatcher was actually pro-European for most of her time in office.”

Thatcher’s economic legacy is also contested. Truss and Sunak both claim to be offering Thatcherite economics, but their policies are very different. Truss says she will boost borrowing and cut taxes immediately to ease Britain’s cost-of-living crisis, while Sunak says it’s vital to get the country’s soaring inflation rate under control first.

Both can point to decisions Thatcher made in support of their stances, although Vinen thinks Sunak’s inflation-busting focus is closer to Thatcher economically.

“She (didn’t) believe that you can lower tax unless you cut spending,” he said.

Britain’s new leader will be elected by about 180,000 members of the Conservative Party, many of whom regard Thatcher as a heroine. Millions of other British voters remember her differently.

Thatcher privatized state-owned industries, sold off public housing and defeated Britain’s coal miners after a bitter, year-long strike. Under her leadership, industries shut and millions were thrown out of work, especially in the north of England.

Johnson, whose Conservative hero is Winston Churchill rather than Thatcher, secured a huge election victory in 2019 by winning over voters in northern England’s post-industrial towns who had never considered supporting the Conservatives before.

Honeyman said that Johnson’s successor would be wise not to laud Thatcher too loudly if they hope to hang onto those northern districts, where people still talk about the closure of factories and mines “and about the impact that that had upon their communities, about the way it fractured people’s lives.”

“This isn’t ancient history for some of these people,” she said. “This is their lived experience.”

Those memories are not so vivid for the 47-year-old Truss, who was a teenager when Thatcher left office. Sunak, now 42, was just 10 years old in 1990.

But 84-year-old Conservative veteran Norman Fowler, who served in Thatcher’s government and is now speaker of the House of Lords, warned the candidates against “overdoing it” with the Iron Lady worship.

“I was in her Cabinet, shadow and real, for 15 years,” Fowler told Times Radio. “Even I wouldn’t say that she was perfect in every way. And therefore, the party need not model itself entirely upon her. So I would give it a rest.”

Follow all AP stories on British politics at https://apnews.com/hub/boris-johnson.

ZIM vs BAN Live Streaming Details- When And Where To Watch Zimbabwe vs Bangladesh Live In Your Country? Bangladesh Tour of Zimbabwe 2022, 2nd T20I