FRENKIE DE JONG could be a Manchester United within DAYS as the club edge ever closer to agreeing a deal, according to reports.

United have been extensively linked with De Jong since the arrival of Erik ten Hag, who managed him during his time at Ajax.

Barcelona have been holding out for a fee in the region of £86million, while United’s top offer had been quoted at around £51million.

However, according to GOAL a compromise fee of £69million plus add-ons could be agreed to christen the Ten Hag era with his primary transfer target.

Spanish outlet Sport have reported the agreement is ‘very close’ between the two clubs, which would ease the mounting pressure on new United CEO Richard Arnold and football director John Murtough.

De Jong, 25, has publicly expressed his happiness at Barcelona, but following the emergence of Pedri and Gavi the club are willing to sell him in order to help ease their catastrophic debt levels of half a BILLION Euros. 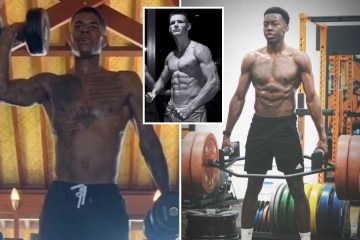 While personal terms would still need to be agreed, previous reports have indicated The Red Devils would be prepared to make him their highest earning player to coax him into joining.

United have also been in negotiations to sign the likes of Christian Eriksen, Antony, Jurrien Timber, and Malcolm Ebiowei but for one reason or another these deals have been very slow to progress or fallen apart.

This lack of movement in the market has left club talisman Cristiano Ronaldo unhappy, as reports of a premature exit from Old Trafford gain traction.

Ronaldo, 37, has been contacted by former club Sporting Lisbon, with club officials said to be confident they can poach him away from a desperately underperforming United.

Supporters are also preparing an anti-Glazer protest ahead of Ten Hag’s first game in charge at Old Trafford at the end of July.

Pundit Gary Neville, a former Man United captain, blasted the club’s ownership for taking £11million in dividends following the club’s worst ever Premier League season and urged them reinvest the money into the club.

It comes after United chief Arnold admitted the club had “burned through cash” during an impromptu meeting with fans at a pub near his home.

Crypto exchanges hunker down as everything goes wrong in India