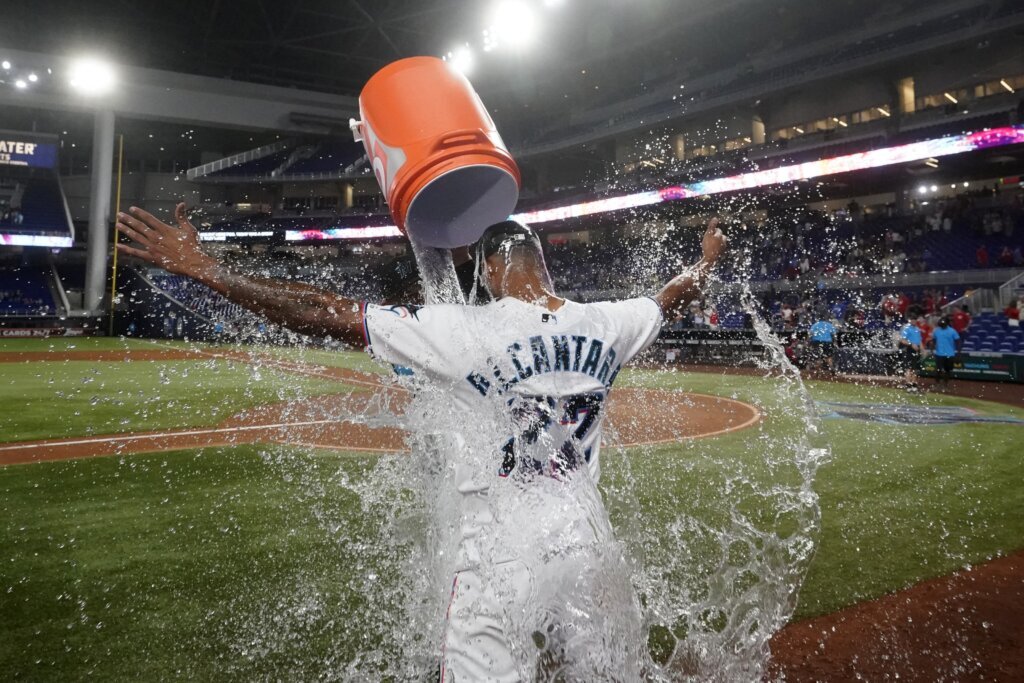 The All-Star right-hander allowed six hits, walked one and struck out three on 105 pitches for his third career shutout. Alcantara (10-4) is the first Marlins pitcher to reach double-digit victories in a season since Caleb Smith won 10 in 2019.

Alcantara snapped a tie with Houston’s Framber Valdez for the league lead in complete games.

Luke Williams had three hits and stole a career-high three bases while Jesús Aguilar homered for the Marlins, who snapped a nine-game home losing skid.

The Reds loaded the bases and with two out in the first, but Alcantara retired Donovan Solano on a force at home and Aristides Aquino on a fly to left field.

After Cincinnati forced him to throw 22 pitches in the inning, Alcantara needed 83 the remainder of his outing.

“To get out of that was big,” Marlins manager Don Mattingly said. “I felt at that point, he was going to settle in and they were in for a full dose of Sandy.”

In the lead-up to the All-Star break, Alcantara had completed at least seven innings in 13 consecutive outings. But he lasted 11 innings total in his first two starts following the break.

“Pitching only one inning in the All-Star got me out of rhythm,” Alcantara said. “That one inning held me back a bit. But we are fine now.”

Aguilar put Miami ahead 1-0 with his solo shot in the fourth. He drove a slider from Reds starter Mike Minor into the seats in left for his 13th homer and the Marlins’ first lead in the series.

Garrett Cooper’s two-run double in the fifth made it 3-0. Williams hit a one-out single, stole second and was in the front end of a double steal after Billy Hamilton walked.

“That’s a part of the game I think is going to start coming back,” Williams said of his base stealing. “It’s obviously part of my game and it’s very exciting.”

“I just knew it was tough to get a win with a guy like that who’s going to go deep,” Minor said. “In the first inning, he kind of gave us some hope and then he got out of it. The guy’s pretty good.”

The Marlins activated Cooper from the injured list while the Reds recalled SS José Barrero from Triple-A Louisville. With his call-up Wednesday, Barrero became the 31st Cuban player to appear for a major league team this season, surpassing the previous high in the history of the Caribbean nation.

“I’m extremely honored to become the 31st and also very fortunate to represent our country in the major leagues,” Barrero said in Spanish.

“Vin was, in a sense, an artist with the way he painted the game and sculpted your view of watching a game or hearing a game,” Mattingly said. “I was very fortunate to get a few little moments with him where we could talk about anything when you have that 20-minute bus ride.”

Reds: The return of C Aramis García will be delayed after an MRI revealed a fracture of his bruised left middle finger.

Neither club has announced the starter for the opener of its next series. The Reds will continue their 10-game road trip Friday at Milwaukee, while the Marlins begin a three-game set Friday at the Chicago Cubs.