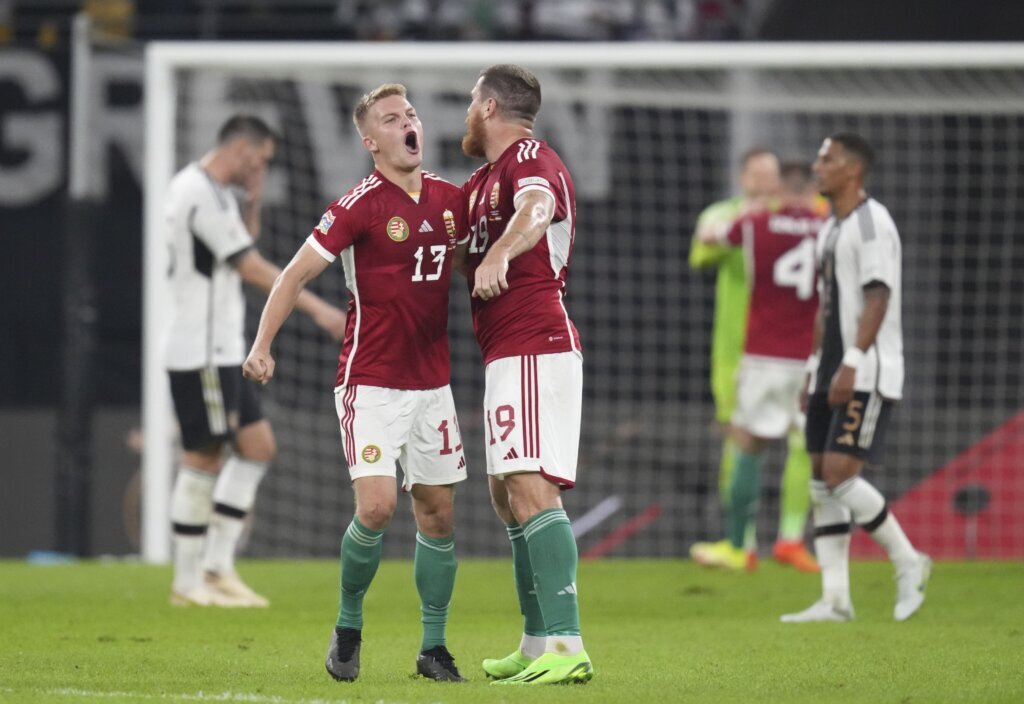 A look at what’s happening in European soccer on Monday: NATIONS LEAGUE: LEAGUE A Hungary hosts Italy with both teams…

A look at what’s happening in European soccer on Monday:

Hungary hosts Italy with both teams fighting to finish first in their group and qualify for the Final Four tournament in June next year. Hungary upset Germany 1-0 on Friday, and Italy beat England by the same score. Hungary only needs a draw to advance. It tops Group A3 with 10 points, two more than Italy, ahead of the last round of games, meaning the Italians need to win in Budapest. England hosts Germany at Wembley Stadium with their coaches under increasing pressure ahead of the World Cup. England is already certain to finish bottom and drop out of the top tier of the Nations League. Germany can no longer reach the Final Four following its loss to Hungary in Leipzig. That brought an end to Hansi Flick’s unbeaten run as Germany coach. England coach Gareth Southgate’s side is five games without a win.

Bosnia and Herzegovina has already won its group and secured promotion to League A. It travels to last-place Romania, which would be relegated with a defeat. Finland is also in danger of relegation before its visit to second-place Montenegro in Group B3. Finland would be relegated if it draws and Romania wins.

Last-place Gibraltar hosts runaway leader Georgia, and Bulgaria plays at North Macedonia. Georgia has already clinched promotion to League B as Group C4 winner. It has not lost a match and leads second-place North Macedonia by six points. Gibraltar has not won a match.