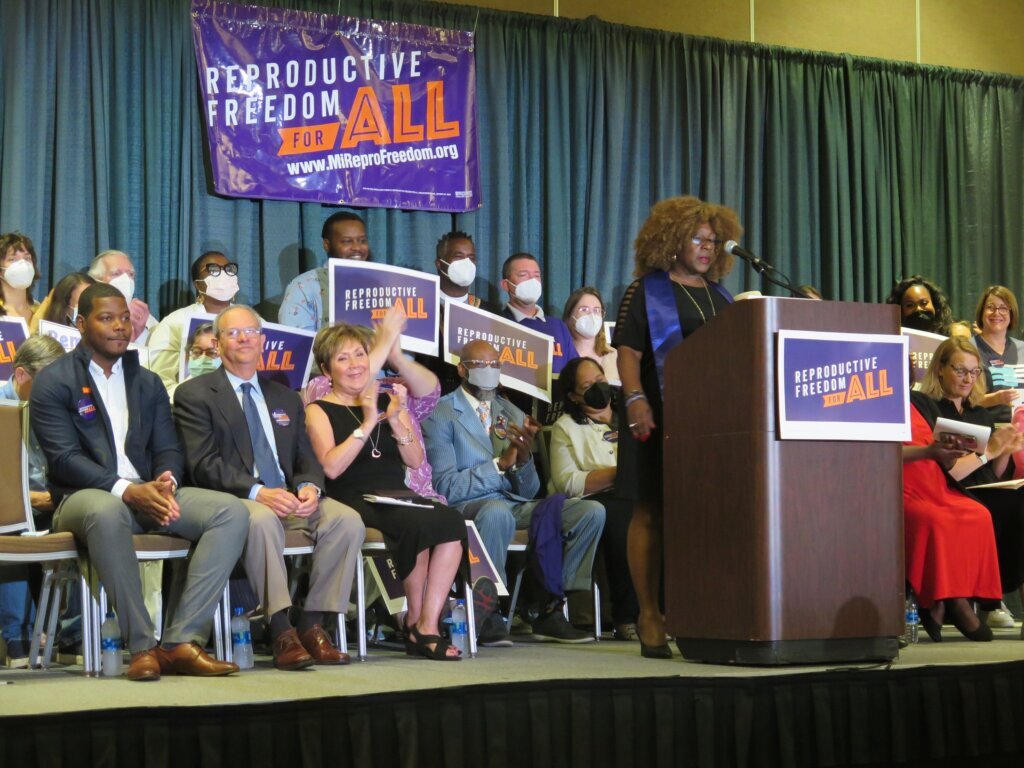 LANSING, Mich. (AP) — Michigan’s Bureau of Elections recommended Thursday that the state’s election board give final approval to a…

LANSING, Mich. (AP) — Michigan’s Bureau of Elections recommended Thursday that the state’s election board give final approval to a potential ballot initiative seeking to enshrine abortion rights into the state’s constitution.

The Bureau of Elections said in a staff report that after examining petition sheets and a random sample of signatures, state officials determined that the petition contains 596,379 valid signatures –- close to 150,000 more than was required.

The Bureau of Election’s report also addressed an anti-abortion group’s challenge to the proposed amendment last week, which claimed that lack of spacing in the amendment’s text created “strings of gibberish” and made the amendment “impossible to understand.”

The report said that staff made “no recommendation as to the merits of these legal arguments,” but added that the amendment’s text contained the same words that were approved by the state Board of Canvassers in March even if “certain portions of the petition have smaller spaces between words.”

During a meeting next Wednesday, the Board of Canvassers is expected to make a final determination on whether the proposed amendment will be on the November ballot. The board is made up of two Republicans and two Democrats.

“Courts in Michigan have found that the board’s duty is limited to determining whether the form of the petition substantially complies with the statutory requirements and whether there are sufficient signatures to warrant certification of the proposal,” the Bureau of Election staff report stated.

Joey Cappelletti is a corps member for the Associated Press/Report for America Statehouse News Initiative. Report for America is a nonprofit national service program that places journalists in local newsrooms to report on undercovered issues.