Migrants flown to Martha’s Vineyard to be moved to mainland 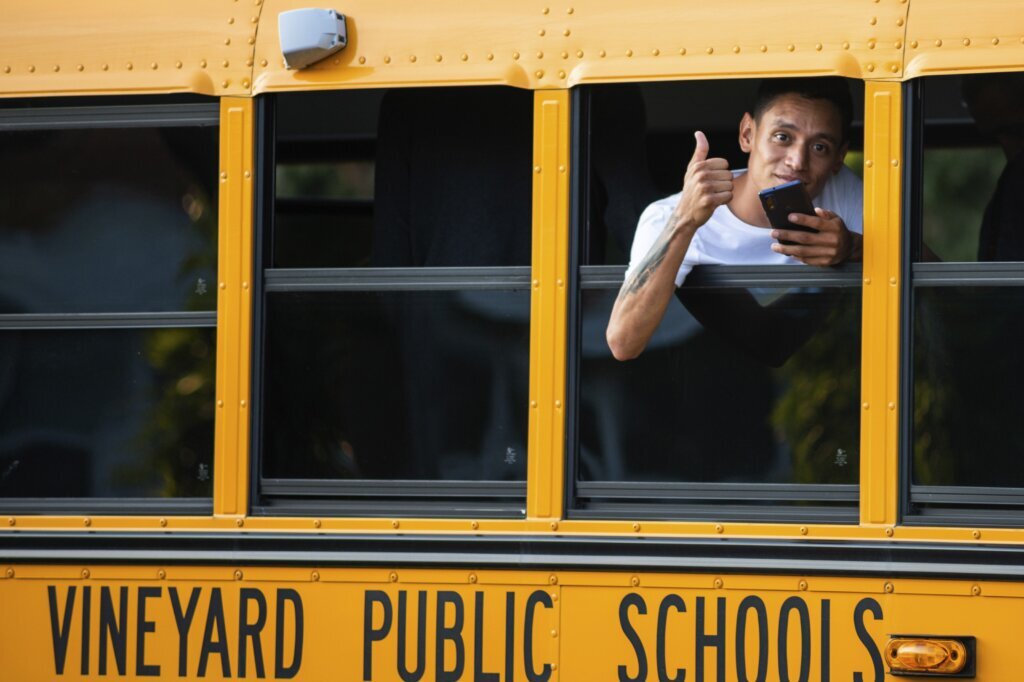 EDGARTOWN, Mass. (AP) — Migrants flown to Martha’s Vineyard on the orders of Florida Gov. Ron DeSantis will be moved…

EDGARTOWN, Mass. (AP) — Migrants flown to Martha’s Vineyard on the orders of Florida Gov. Ron DeSantis will be moved Friday to housing on a military base on Cape Cod, Massachusetts Gov. Charlie Baker said.

The Republican governor said the move to the mainland would be voluntary. Baker praised residents and officials on Martha’s Vineyard for taking care of the nearly 50 migrants after their unexpected arrival on Wednesday but said the island lacks the resources to house the migrants for the long-term.

Authorities have not said what will happen to any migrants who choose not to make the move to Cape Cod.

The Massachusetts Emergency Management Agency will coordinate efforts to help the migrants. Baker said the state will also activate up to 125 members of the National Guard to assist in the relief effort.

Joint Base Cape Cod houses a Coast Guard base as well as facilities for other branches of the armed services.

Upon arrival in Martha’s Vineyard, where former President Barack Obama has a home, the migrants were provided with meals, shelter, health care and information about where to find work.

The vacation island south of Boston, whose year-round residents include many blue-collar workers, appeared to absorb the dozens of arrivals, who are mostly from Venezuela, without a major hitch.

“We are grateful to the providers, volunteers and local officials that stepped up on Martha’s Vineyard over the past few days to provide immediate services to these individuals,” Baker said in a statement emailed to reporters Friday. “

Joint Base Cape Cod contains facilities for the U.S. Coast Guard and other branches of the armed services and has provided emergency housing in the past, as it did for Louisiana residents fleeing the devastation of Hurricane Katrina in 2005.

The governors of Texas and Arizona have sent thousands of migrants on buses to New York, Chicago and Washington, D.C., in recent months. But the latest surprise moves — which included two flights to Martha’s Vineyard Wednesday paid for by Florida — reached a new level of political theater that critics derided as inhumane.

Florida Gov. Ron DeSantis said the flights to Martha’s Vineyard were part of an effort to “transport illegal immigrants to sanctuary destinations.” The Republican’s office didn’t answer questions about where migrants boarded planes and what they were told about the trip.

‘For once in my life, I had nothing to say’ – Ecstatic Brentford ace Ivan Toney reacts to sensational England call-up