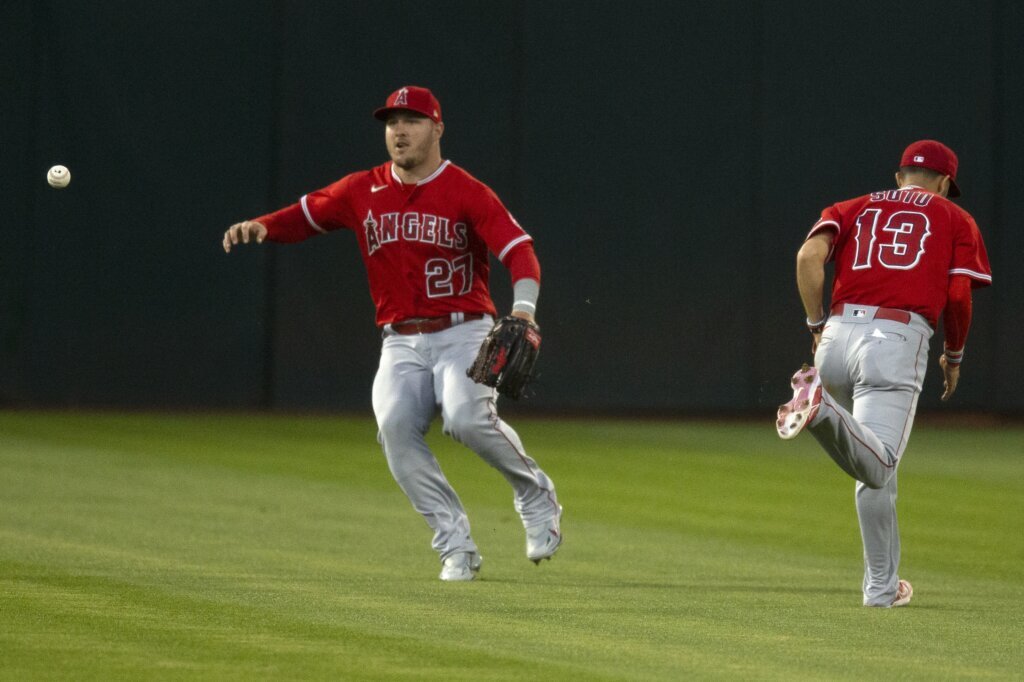 OAKLAND, Calif. (AP) — Mike Trout is uncertain how long it might take for the Los Angeles Angels to become…

OAKLAND, Calif. (AP) — Mike Trout is uncertain how long it might take for the Los Angeles Angels to become a contender again given the changes ahead with owner Arte Moreno’s plans to sell the club following an eighth straight year missing the playoffs.

The slugging center fielder is headed into another early offseason after a frustrating year in which he again dealt with injuries.

“It’s going to be interesting what’s going to happen over the winter,” Trout said in the dugout Tuesday, later adding: “I’ve answered these questions the last few years so it’s tough for me. In this game, as a personal standpoint, you’re going to fail a lot at the plate, make mistakes. The season has been frustrating, it’s not where we want to be. But I’ve been talking to the guys trying to change this thing. We’re doing everything we can.”

The 31-year-old Trout entered Tuesday’s game at Oakland with his third-most homers in a season at 39 despite playing just his 118th game. He was sidelined July 15 to Aug. 19 with left ribcage inflammation.

When Trout signed his record $426.5 million, 12-year contract in March 2019, he believed the Angels were doing everything to transform back into a regular winner. Now, he realizes two-way Japanese star Shohei Ohtani is putting that same kind of faith in general manager Perry Minasian after he agreed Saturday to a $30 million, one-year deal for 2023 to avoid arbitration.

“He signed a one-year deal a couple days ago. He’s got to know that Perry’s doing whatever he can to bring a team in here,” Trout said. “I think once he signed that deal he’s having confidence in Perry to go out there and make some big moves.”

Trout said he can’t point to one thing that went wrong this season but “me missing 41 games I think it was, I think that has something to do with it,” he said. “I want to be out there for the team, obviously, it’s tough for me. I can’t harp on one thing. We’ve pitched well, but we didn’t hit.”