MIKEL ARTETA is on a mission to end Arsenal’s embarrassing Euro record — and prove the club still belong with the elite.

It is now 28 years since the Gunners won their last European trophy, the defunct Cup Winners’ Cup.

And Emirates chief Arteta has brought a full-strength squad to Zurich to ensure they get off to a flying start in the Europa League.

He said: “Twenty-eight years is a long time and I would like to be the first one to break that negative record.

“But we have to start somewhere and we want to begin this competition in the right way and maintain our momentum.

“Unfortunately, we don’t have too many players available to rotate due to the injuries that we have picked up in the last two weeks. 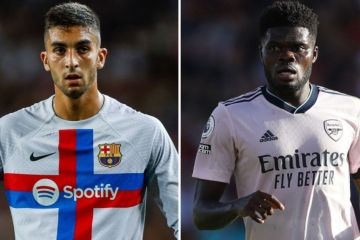 “But this is a competition that we want to take very seriously against an opponent that is going to make life difficult for us.

“So now it’s the time to play well and earn the right to win this match.”

With Arsenal currently top of the Premier League after a flying start to the season, Arteta is eager to get qualification from the Europa League group stages wrapped up as quickly as possible.

It is an approach that is welcomed by Granit Xhaka, who refuses to even contemplate what might have been after surrendering the final Champions League spot to Tottenham right at the death last season.

The Swiss midfielder said: “We don’t care about anybody else. We don’t look at what other teams are doing.

“Of course we want to be in the Champions [League] but we have to accept that we’re not in it this year.

“But it looks like the whole team is here in Zurich and we want to start well and take three points back to London.

“Three years ago we reached the final of this competition and to lose that game was very disappointing.

“We can only learn from that result and though we are still in the Europa League, we are here to win it for sure.”

Arteta confirmed that Emile Smith Rowe has not travelled after aggravating a persistent groin injury in the warm down after Sunday’s 3-1 defeat at Manchester United. 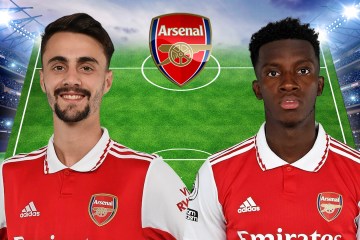 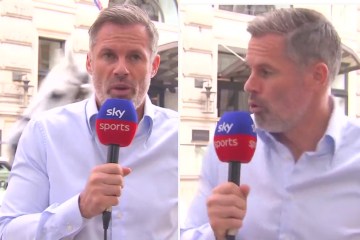 He said: “Emile felt some discomfort again in an area that’s been troubling him for a few weeks.

“He wasn’t comfortable after the game and he hasn’t trained in the last few days, so he’s out of the squad.”