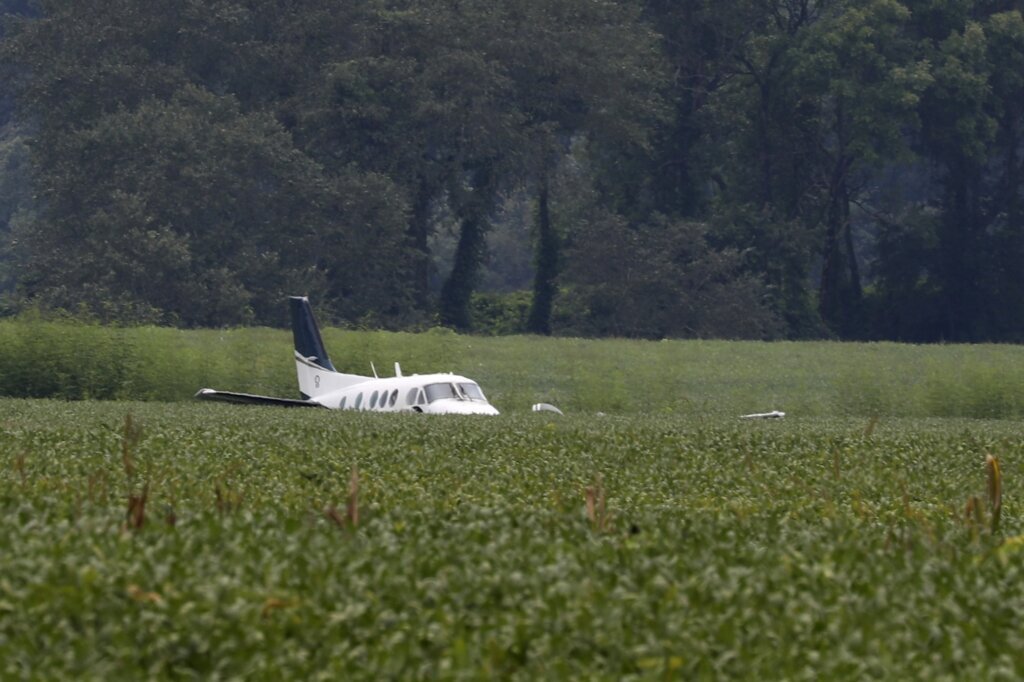 TUPELO, Miss. (AP) — A man charged with stealing a plane that he didn’t know how to land will remain…

TUPELO, Miss. (AP) — A man charged with stealing a plane that he didn’t know how to land will remain behind bars, denied bond by a judge who took a dim view of his lawyer’s promise that he wouldn’t take off again.

Airport worker Cory Wayne Patterson allegedly stole the plane on Saturday after posting a goodbye message saying he “never actually wanted to hurt anyone.” Police say he called 911 threatening to crash the plane into a Walmart and circled for five hours over unnerved Mississippians before safely landing in a soybean field.

At an initial court appearance in Tupelo on Sunday, Patterson, 29, of Shannon, was formally charged with grand larceny and making terrorist threats, The Northeast Mississippi Daily Journal reported.

“No pun intended, he is not a flight risk,” public defender Dennis Farris told the judge, noting that Patterson had no prior record, no one was hurt and his family members live in the area, the newspaper reported. “I feel he should be eligible for bond. And because of the wording of the terrorist threat law, I don’t think that charge will stick. We are asking for a bond commensurate with the grand larceny charge.”

“This was a flying bomb,” he said.

Patterson, a 10-year Tupelo Aviation employee, fueled planes at the Tupelo Regional Airport, took off in the fully-fueled twin-engine Beechcraft King Air C90A shortly after 5 a.m., Quaka said. He called a Lee County 911 dispatcher 15 minutes later to say he planned to crash into a Tupelo Walmart, prompting officers to evacuate the building and a nearby convenience store, the chief said.

Byju’s to make financial results for 2020-21 public next week: Report