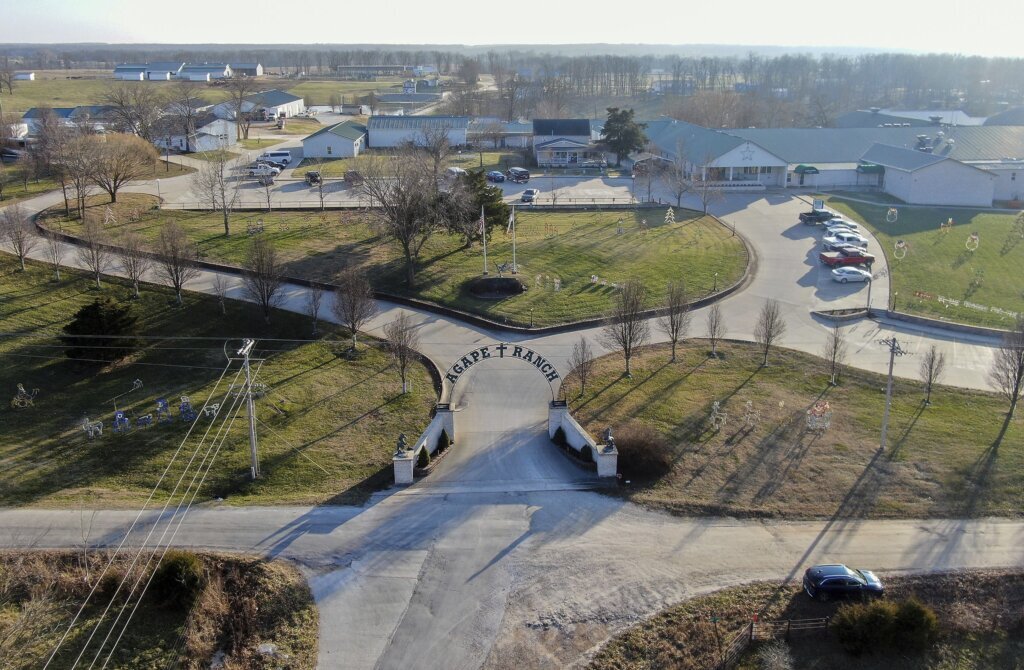 The speaker of the Missouri House is urging the U.S. attorney in Kansas City to shut down Agape Boarding School,…

The speaker of the Missouri House is urging the U.S. attorney in Kansas City to shut down Agape Boarding School, accusing the Christian school of “what amounts to organized crime against children.”

Republican House Speaker Rob Vescovo sent a letter Wednesday to U.S. Attorney Teresa Moore that was made available to reporters on Monday. In it, Vescovo said state efforts to close the school have failed, and the local prosecutor has failed to take action to protect the boys who attend the school in the southwestern Missouri town of Stockton.

“Right now in Missouri we are faced with the horrifying truth that a network of immoral individuals have engaged in what amounts to organized crime against children,” Vescovo wrote. But he said the situation is “more far-reaching and contains more deeply-rooted corruption than we are able to address solely at the state level.”

A spokesman for the U.S. attorney’s office in Kansas City declined comment.

“There’s no evidence to support closing down Agape,” Schultz said.

A Cedar County judge is still weighing the request from Republican Missouri Attorney General Eric Schmitt to close Agape and require the release of the boys who live at the campus. On Monday, Judge David Munton rescinded an order allowing state Department of Social Services workers to remain on the premises of the school.

Schmitt’s office on Monday filed an amended petition and asked for a new judge. The new filing seeks a court order allowing state workers to remain at the school to make sure the students are safe.

“We have been steadfast in our fight to protect the students at Agape, and we will not stop until justice is done in this case,” Chris Nuelle, a spokesman for Schmitt, said in an email.

The new petition said Agape’s director told the state that plans call for moving away from a boarding school facility starting Tuesday. Instead, the petition states, boys will live in five group homes on the property, with about nine boys in each house.

“The State will not allow Agape to escape accountability or continue to present an immediate health and safety concern to children through corporate shell games while employing the same people and methods that originally led the State to bring this action to protect children,” the petition states.

Agape’s website calls it a boarding school “for teenage boys exhibiting bad behavior or failing academics. Our mission is to turn around your troubled teen.”

Schmitt’s office first filed a motion to close Agape earlier this month, accusing the school of allowing someone on the state registry for child abuse and neglect to work there, and alleging systemic abuse. Agape officials told authorities that the person on the registry was fired, but a court filing from Schmitt’s office said the school presents “an immediate health and safety concern for the children residing at Agape.”

Last year, Agape’s longtime doctor, David Smock, was charged with child sex crimes and five employees were charged with low-level abuse counts. Schmitt’s office contended that 22 workers should have been charged, and with more serious crimes. But in Missouri, only the local prosecutor can file charges, and Cedar County Prosecuting Attorney Ty Gaither has said no additional employees would be charged.

Several lawsuits filed on behalf of former students also have named Agape and Circle of Hope, a Christian boarding school for girls in a neighboring county. Circle of Hope was shut down in 2020 and its husband-and-wife co-founders face a combined 99 charges that include child abuse and neglect and sex crimes.