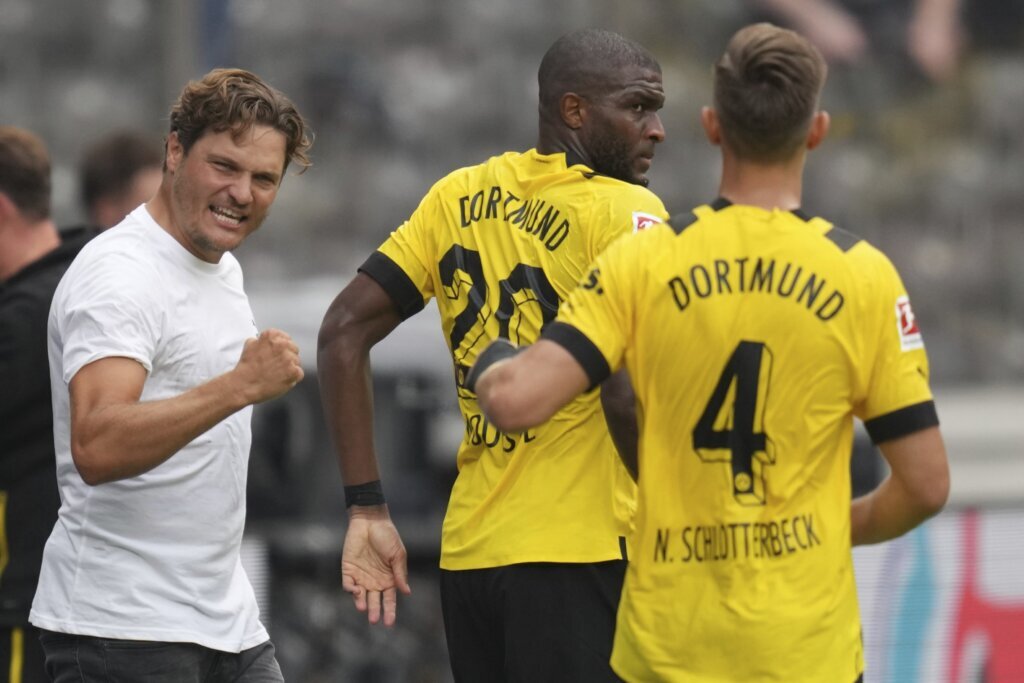 BERLIN (AP) — Anthony Modeste’s first goal for Borussia Dortmund was enough to edge Hertha Berlin 1-0 in the Bundesliga, where Union Berlin was the big winner on Saturday.

Dortmund goalkeeper Gregor Kobel played a key role in his team’s third win from four games, though it won’t erase memories of last weekend’s 3-2 home loss to Werder Bremen, when Dortmund became the first in the league to concede three goals after the 88th minute.

Modeste scored in the 32nd against Hertha, producing a brilliant header to meet former Cologne teammate Salih Özcan’s cross. Özcan was making his Dortmund debut following his transfer between the sides.

Modeste ran to embrace his coach Edin Terzić and his celebrations belied the pressure he’d been under since he joined from Cologne.

Union’s 6-1 rout of promoted Schalke ensured it remained unbeaten in five away Bundesliga games for the first time. It was also its first victory over the Gelsenkirchen-based club.

After starting the season with four defeats across all competitions, Bayer Leverkusen finally clicked with a 3-0 win at Mainz.

Two first-half goals from Jeremie Frimpong in as many minutes after an own-goal from Jonathan Burkardt in the 29th will ease the pressure on Leverkusen coach Gerardo Seoane.

Leipzig also got its first win, 2-0 over visiting Wolfsburg, and Hoffenheim defeated Augsburg 1-0.