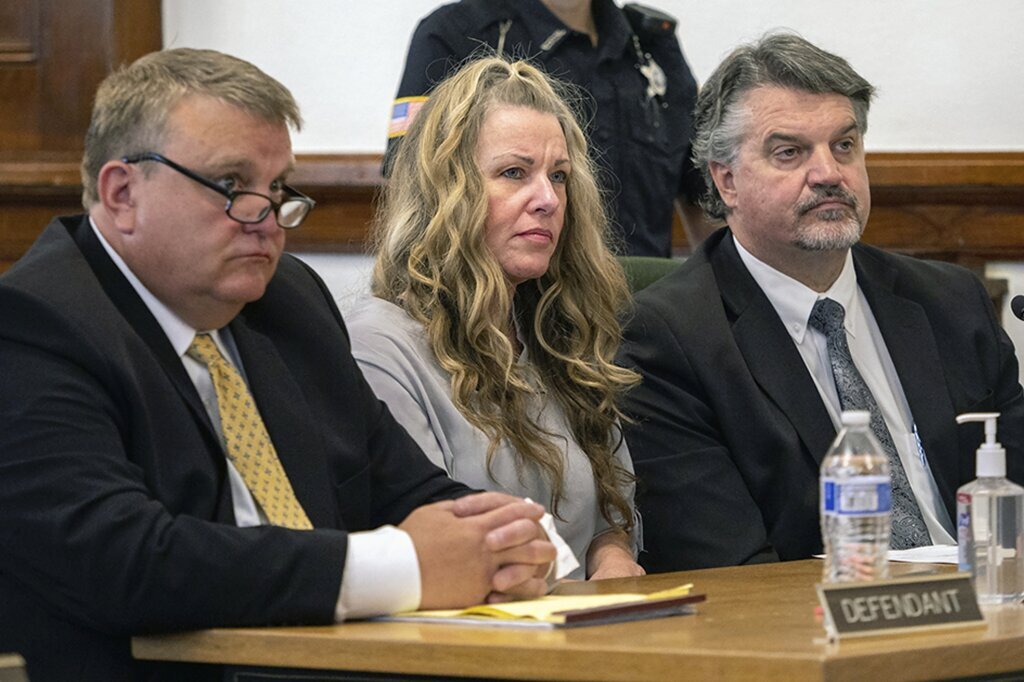 BOISE, Idaho (AP) — An Idaho judge has postponed the trial of a woman charged with conspiring to kill her…

BOISE, Idaho (AP) — An Idaho judge has postponed the trial of a woman charged with conspiring to kill her two youngest children and her fifth husband’s late wife until officials can determine if she’s mentally competent.

Seventh District Judge Steven Boyce ruled Thursday, a few days after Lori Vallow Daybell’s defense attorneys asked that the case be paused. The documents detailing the request were sealed and a short hearing on the matter was closed to the public.

The trial had been set for next January.

Both Vallow Daybell and her husband, Chad Daybell, have pleaded not guilty to the charges. The strange details of the case have drawn attention from around the world.

The couple was eventually charged with murder, conspiracy and grand theft in connection with the deaths of the children and Daybell’s late wife. They have pleaded not guilty and could face the death penalty if convicted.

Prosecutors say the couple promoted unusual religious beliefs to further the alleged murder conspiracies. Vallow Daybell’s former husband, Charles Vallow, died while the two were estranged but had said in divorce documents that Vallow Daybell believed she was a god-like figure responsible for ushering in the apocalyptical end times. Daybell wrote doomsday-focused fiction books and recorded podcasts about preparing for the apocalypse.

Friends of the couple told law enforcement investigators the pair believed people could be taken over by dark spirits, and that Vallow Daybell referred to her children as “zombies,” which was a term they used to describe those who were possessed.

Vallow Daybell is also charged with conspiracy to commit murder in Arizona in connection with the death of Vallow. Her previous husband was shot and killed by Vallow Daybell’s brother, Alex Cox, who said it was self-defense. Cox later died of what police said was natural causes.

The Arizona legal proceedings are on hold while the Idaho case is underway and Vallow Daybell has not been scheduled to make a plea in the Arizona case.

It’s the second time the Idaho case against Vallow Daybell has been put on hold. The criminal case was paused in 2021 after she was declared incompetent to stand trial and she was committed to the Idaho Department of Health and Welfare for treatment. She was declared competent 10 months later.

Necas, Aho lead the way in Hurricanes’ 4-2 win over Kings