Montgomery Co. board of election holds off primary election certification 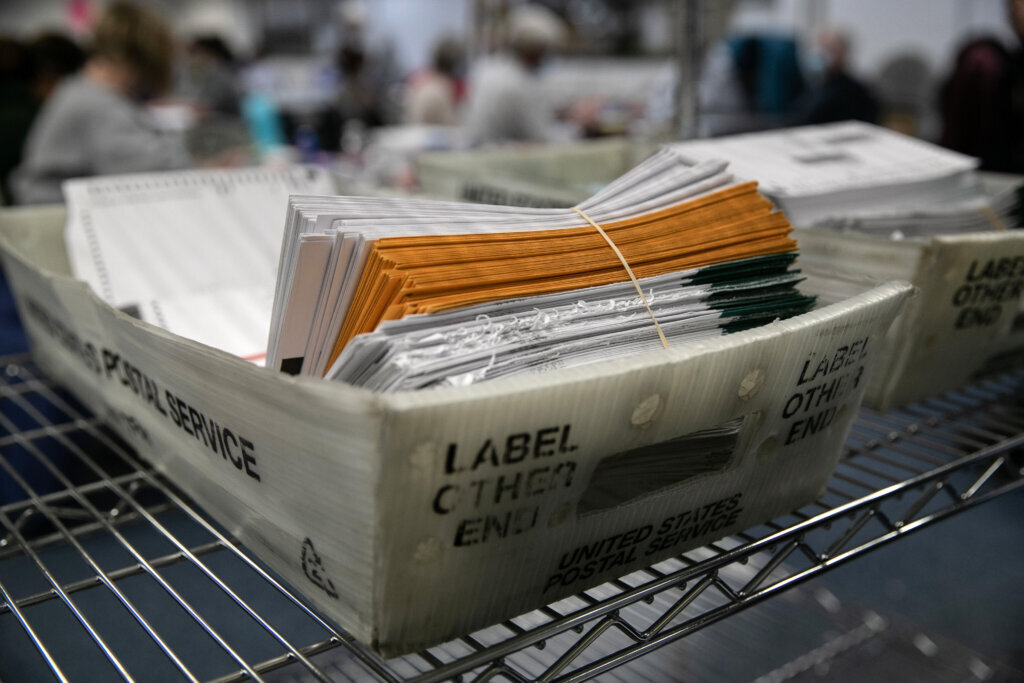 The board of elections in Montgomery County, Maryland, will not be able to certify election results on Friday after finding more than 100 additional provisional ballots needing to be reviewed.

The board of elections in Montgomery County, Maryland, will not be able to certify election results on Friday after finding more than 100 additional provisional ballots needing to be reviewed.

In a statement released late Thursday night, Acting Election Director Alysoun McLaughlin said during a precertification audit that inspects a sampling of ballot envelopes, one of the randomly selected envelopes could not be located.

Staff also found a discrepancy between the number of provisional ballots accepted by the board and the number of ballots scanned, according to the statement.

Those issues prompted a visual search of folders where provisional ballots had been stored before the canvass.

During the search, elections staff found 102 “unopened, sealed ballot envelopes” that were not removed from their folders and presented during the post-election canvass at their corresponding precincts.

“I apologize for this error and for not identifying it until today, or the remaining ballots could have been counted earlier,” McLaughlin said.

McLaughlin plans to review the rest of the audit before asking the board to certify the election results. Friday’s meeting will discuss the audit’s findings and the new schedule for canvassing and primary election certification.

“I want to emphasize that Maryland’s comprehensive precertification audit was designed to identify issues like this before an election is certified to ensure the accuracy of the results,” she said. “It worked as intended.”

The winner will face Republican Reardon Sullivan in November.

Time Taken To Process A Withdrawal From Online Slot Site: A Guide