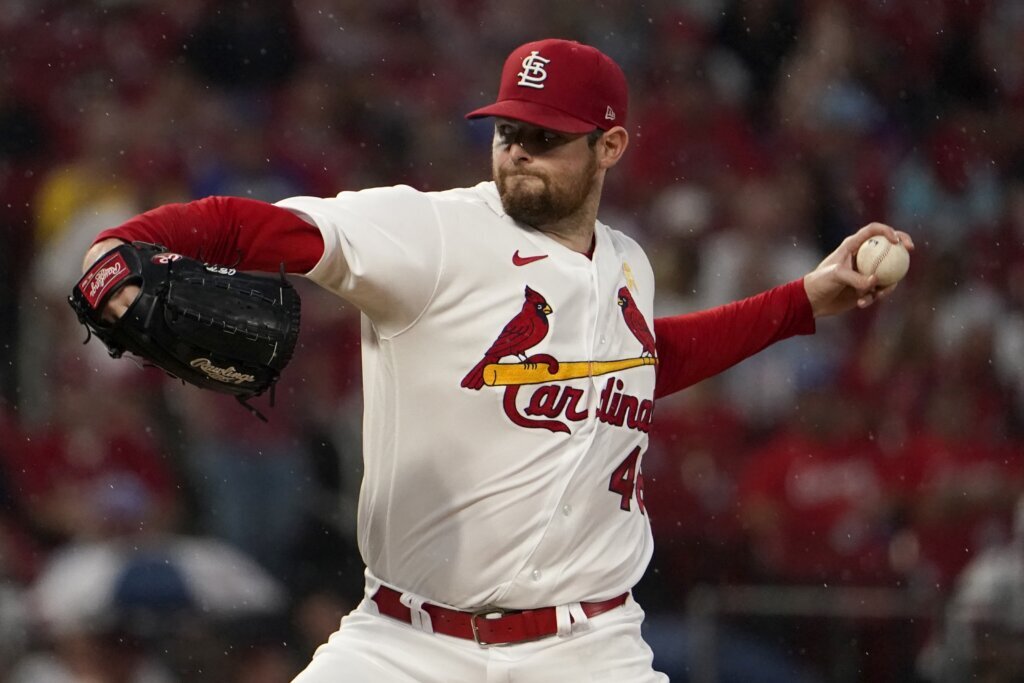 Montgomery improved to 5-0 with a 1.47 ERA since being acquired from the New York Yankees in a trade on Aug. 2. He gave up two hits to lead off the seventh before reliever Jordan Hicks struck out pinch-hitter Zach McKinstry, Nick Madrigal and Seiya Suzuki.

Montgomery (8-3) scattered seven hits, striking out four and walking two. The lefty also extended his scoreless inning streak against the Cubs to 22 innings — he beat them 1-0 on Aug. 21 at Wrigley Field and also threw seven scoreless innings earlier this season as a member of the Yankees.

The Cardinals got late-inning homers from Nootbaar and Edman to break open what had been a close 3-0 game. Nootbaar’s 11th home run and Edman’s 12th came off Cubs reliever Sean Newcomb.

The Cubs had many opportunities, but went 0 for 9 with runners in scoring position.

The Cardinals jumped out to a 2-0 lead in the first against Adrian Sampson (1-5). Tyler O’Neill hit a two-run single to score Brendan Donovan and Paul Goldschmidt, who had both walked.

ANOTHER HONOR FOR ARENADO

Cardinals 3B Nolan Arenado was named the National League’s Player of the Month for August. It’s his second honori this year as he previously won in April. For the month, Arenado hit .365 with nine homers and 29 RBIs. Arenado is the first Cardinals to win Player of the Month twice since Albert Pujols accomplished the feat in 2009.

Cubs: INF David Bote was recalled from Triple-A Iowa while RHP Jeremiah Estrada and LHP Brendon Little returned to Iowa. Sampson and LHP Justin Steele who were both reinstated from the restricted list.

Cards: RHP James Naile and OF Ben DeLuzio were both recalled from Triple-A Memphis. This is DeLuzio’s first time in the majors.

Cubs: LHP Wade Miley (strained left shoulder), was transferred from the 10-day IL to the 60-day IL. Miley has been out since June 11.

Cardinals: RHP Jack Flaherty (right shoulder strain) is scheduled to start Monday against the Washington Nationals. Flaherty has been on the injured list since June 27. “We’re going to have Jack take that start on Monday,” Cardinals manager Oliver Marmol confirmed. … LHP Steven Matz (left MCL tear) threw a bullpen session today and the Cardinals plan to have him throw a live batting practice next week.

LHP Drew Smyly (5-7, 3.24 ERA) starts for Chicago and RHP Adam Wainwright (9-9, 3.09 ERA) throws for St. Louis in the second game of their three-games series Saturday. Smyly has a 1-1 career record against the Cardinals and Wainwright is 18-14 lifetime verses the Cubs.