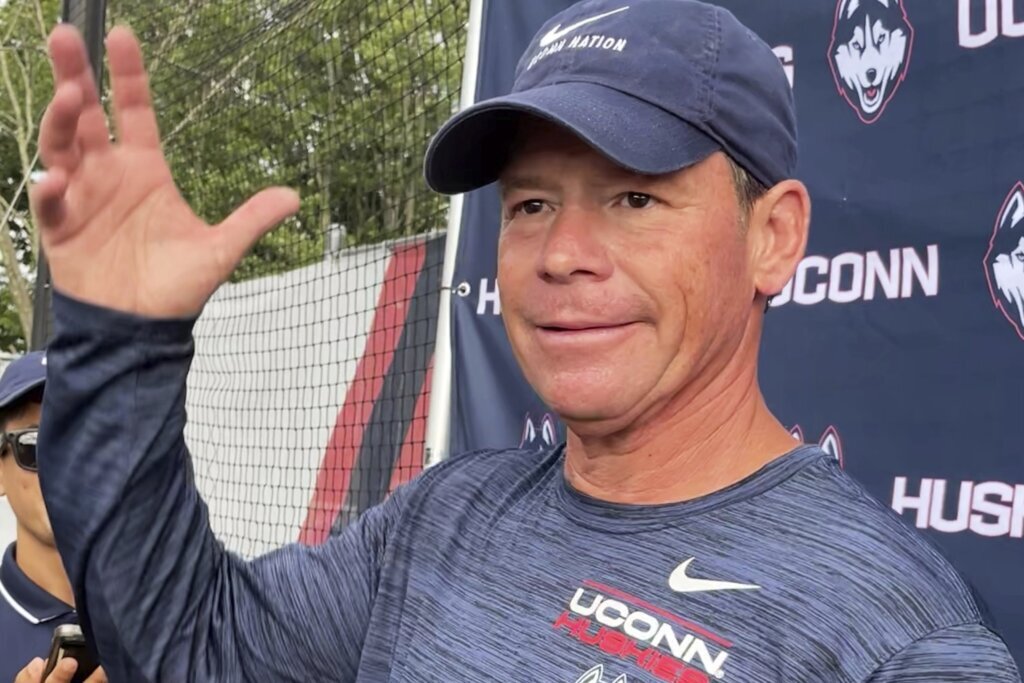 STORRS, Conn. (AP) — Jim Mora is taking over UConn’s football team during a time of conference mega-mergers, trying to…

STORRS, Conn. (AP) — Jim Mora is taking over UConn’s football team during a time of conference mega-mergers, trying to figure out where his independent Huskies might fit into the new landscape.

The former NFL and UCLA coach is charged with rebuilding a program that left the American Athletic Conference two years ago, allowing its basketball and other programs to rejoin the Big East.

The Huskies didn’t play football in 2020 because of the pandemic, went 1-11 a year ago and have won just four games since the end of the 2017 season.

“I know that outside of these gates, people don’t think much of us,” said Mora, who hasn’t coached since being fired by UCLA in 2017. “And that’s OK with me. I think a lot of us, you know, and I’m excited to see where we go.”

BACK INTO A CONFERENCE?

Mora has acknowledged that recruiting is easier when a coach can tell his players that they will eventually play for a league title and an automatic bowl bid. He said that’s something that has crossed his mind with the recent reshuffling of league membership led by the Southeastern and Big Ten conferences.

“Earlier in the year, before we got into training camp, of course I was playing things out in my head as you guys were,” he said. “I would love for us someday to be in a conference. I think that would be great. But that’s for (athletic director) David Benedict to decide.”

In the meantime, Mora has been active in the transfer portal, bringing in a number of players, many from Power Five teams, in an attempt to make UConn competitive this season.

“I think it’s been critical,” he said. “I’m a fan of the transfer portal. I’m not necessarily a fan of how loose it is, just kind of the wild, wild West. But I think the opportunity it provides for people has been great. But … I don’t want to build this program through the portal, I want to build it with guys we recruit.”

“I want to be, not part of a team that already has a legacy built, but to help build a legacy,” Bembry said. “When you leave a program, how do they remember you? Coming here with coach Mora, we’re going to be forever remembered for that.”

Linebacker Ian Swenson described the team’s mood as “energetic” heading into the opener on Aug. 27 at Utah State, and said that is a direct result of having Mora in the program.

“He just knows what he’s doing,” Swenson said. “He’s been to the league, he’s been to UCLA and now he’s here. He’s got so much experience. He knows how to do things the right way.”

Benedict, the AD, said he’s liked what he’s seen so far from Mora and his staff.

“I would just say that he’s fulfilling our expectation,” Benedict said. “ And he’s attracting, I think, a higher level of prospects than what we’ve seen, at least during my time, as on a whole, or on average.”

The Huskies will enter the season without defensive coordinator Lou Spanos.

The 51-year-old, who served as the team’s interim head coach for the last 10 games of last season and was Mora’s defensive coordinator for two seasons at UCLA. is taking a leave of absence for personal reasons.

The Huskies also will be without their top receiver, Cam Ross, who broke his right foot in training camp.