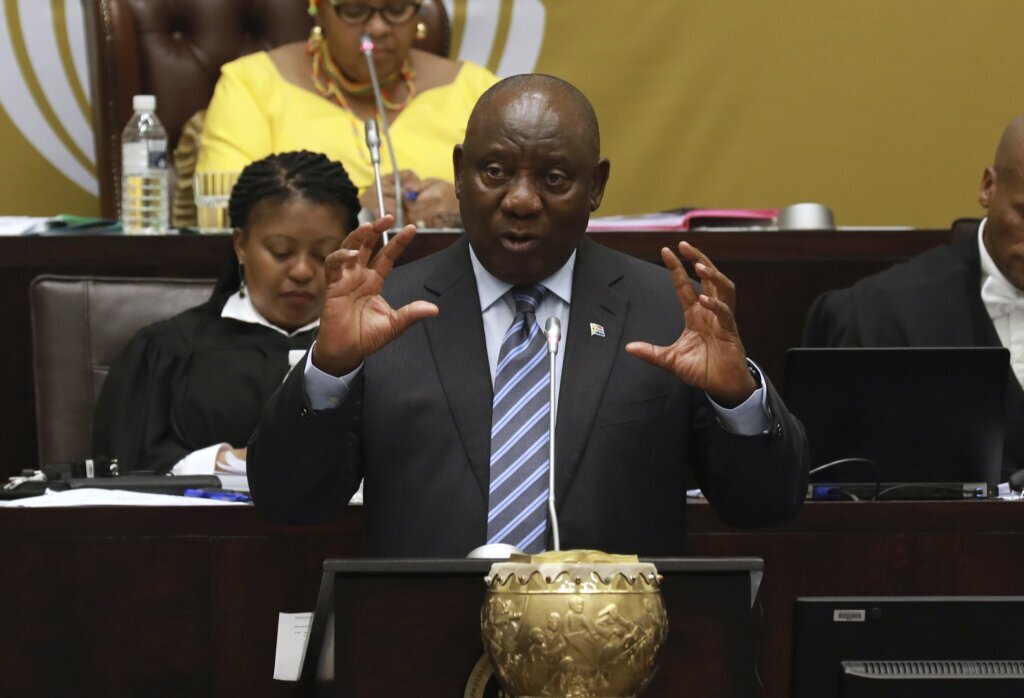 JOHANNESBURG (AP) — South African president Cyril Ramaphosa was facing calls Thursday to step down after a damning parliamentary probe found he may have breached the country’s anti-corruption laws in connection with the alleged theft of a large amount of money from his Phala Phala game farm.

The calls follow allegations by the country’s former head of intelligence, Arthur Fraser, that Ramaphosa tried to conceal the theft of a huge sum of cash from his farm in 2020.

According to the report, Ramaphosa claimed the stolen money amounted to $580 000, disputing the initial amount of $4 million that Fraser alleged was stolen.

The findings have led to calls from opposition parties and Ramaphosa’s detractors within the ruling African National Congress party for him to step down.

President Ramaphosa has denied any wrongdoing, insisting that he has no connection to the money that was found in a couch on the farm.

The ANC’s national executive committee, the party’s highest decision-making body, is expected to urgently meet Thursday evening to be briefed on the matter and possibly determine Ramaphosa’s fate.

It comes as Ramaphosa is seeking re-election as party leader during the ANC’s national conference next month. Clinching the party leadership would, in turn, enable him to run again for South Africa’s presidency in 2024.

“In all the circumstances, we think that the evidence presented to the Panel, prima facie, establishes that the President may be guilty of a serious violation of certain sections of the constitution,” the panel found.

The report also criticized how Ramaphosa failed to inform the police in line with proper procedure, choosing instead to entrust the matter to the head of his presidential protection unit.

The panel raised serious questions about where the money came from and why it wasn’td disclosed to financial authorities.

“Another troubling feature about the source of the stolen foreign currency, is that the theft was never reported to the South African Police Services for investigation as an ordinary crime. Nor was the theft reported under the section 34(1) of PRECCA,” reads the report.

The panel said that Ramaphosa put himself into a situation of conflict of interest.

“A serious misconduct in that the President violated section 96(2)(b) by exposing himself to a situation involving a conflict between his official responsibilities and his private business,” said the panel.

The main opposition party, the Democratic Alliance (DA) is among those calling for Ramaphosa to be impeached.

“The report is clear and unambiguous. President Ramaphosa most likely did breach a number of Constitutional provisions and has a case to answer. Impeachment proceedings into his conduct must go ahead, and he will have to offer far better, more comprehensive explanations than we have been given so far,” said DA leader John Steenhuisen.

Citrus Bergamot and L-Citrulline for Nitric Oxide Boosting in Athletes