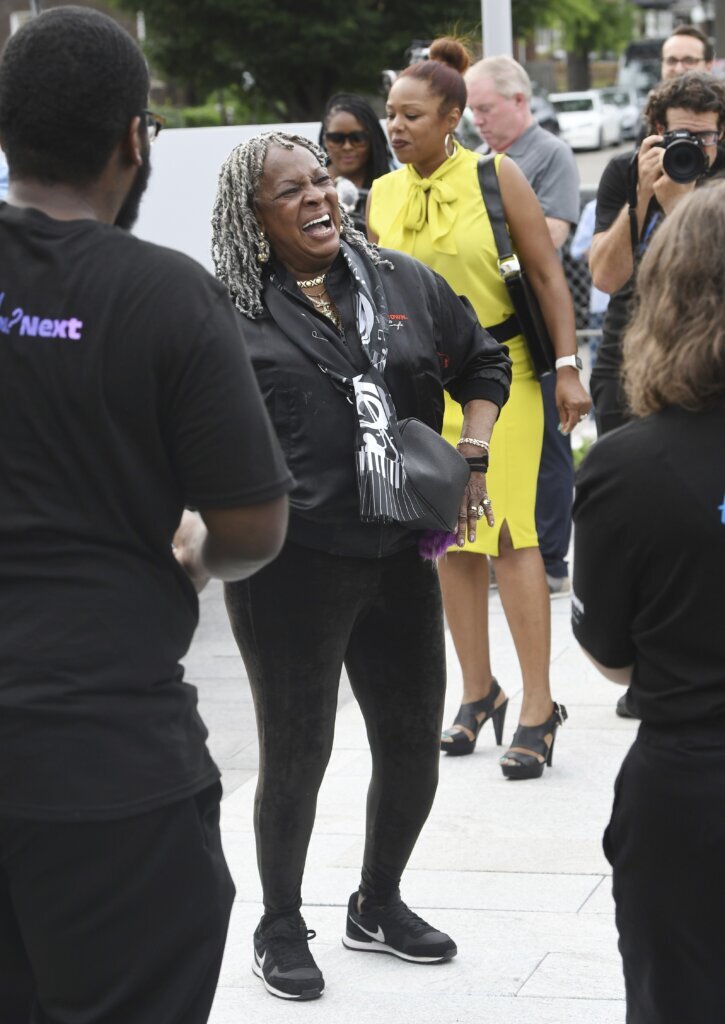 Motown legend — and Gordy’s best friend — Smokey Robinson was among those who visited the newly improved Motown Museum site on Monday night for an event celebrating the completion of the first two phases of the museum’s expansion.

Robinson was joined by Otis Williams, Martha Reeves and other Motown luminaries in celebrating the grand opening of Hitsville NEXT, an educational programming and creative hub, and the newly established Rocket Plaza.

“Kids who aren’t even born yet will be aware of Motown,” Robinson told The Associated Press during an interview ahead of the event held near the entrance to the museum. “Some of their parents weren’t even born when we started this. But it’s a wonderful thing.”

The festivities included comments from Robinson and Williams, an original founding member of The Temptations who gifted microphones to the museum from his personal collection.

And they concluded with a performance of the Temptations classic, “My Girl,” performed by the cast of the musical “Ain’t Too Proud,” and introduced by Marcus Paul James, who portrays Williams in the show.

“I am very happy to be part of something — this here, Motown — (that will) outlast us all,” Williams said.

The museum will continue to be housed in the famed “Hitsville, U.S.A” building at 2648 West Grand Boulevard.

But three nearby Motown-era buildings have been transformed into Hitsville NEXT, which will be home to camps, workshops, master classes and community events. It represents the first phase of the museum’s expansion.

Phase two is Rocket Plaza, an outdoor plaza that will serve as a community gathering place and a welcome destination for museum visitors.

Gordy launched Motown in 1959. His late sister, Esther Gordy Edwards, founded the museum in the former Hitsville headquarters in 1985. In addition to Robinson and The Temptations, Stevie Wonder, The Supremes, Marvin Gaye and many others recorded hits there before Motown moved to California in 1972.

The museum is inviting the community to its Founder’s Day celebration on Saturday in honor of Gordy Edwards, the reopening and the completed expansion phases.

And the museum on Sunday will welcome back visitors for tours of Hitsville, U.S.A. following pandemic- and construction-related closures.