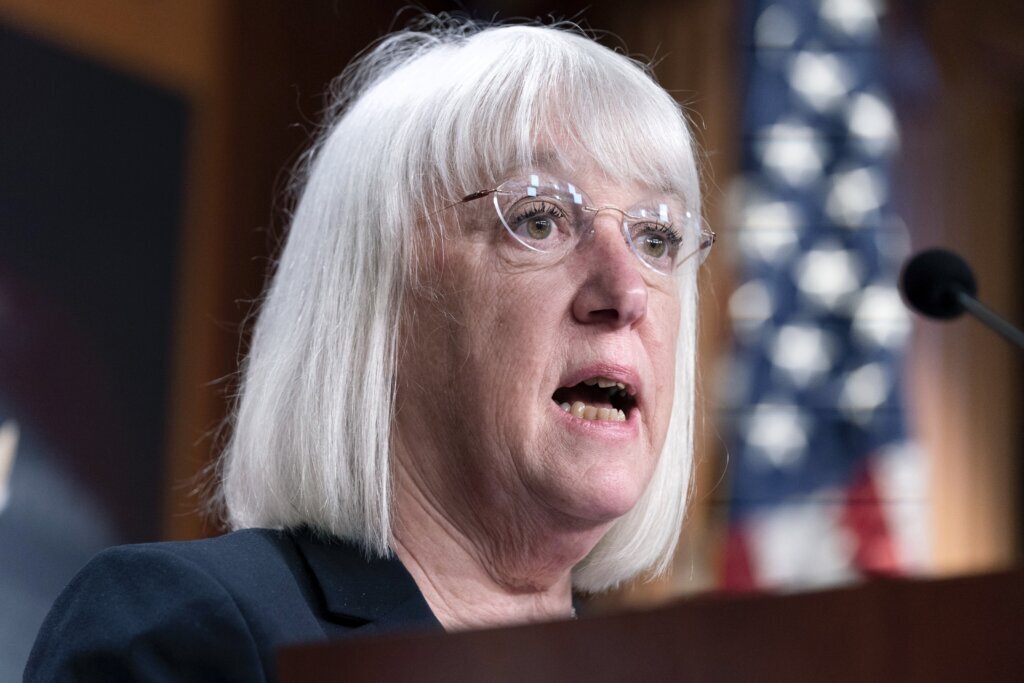 SEATTLE (AP) — Democratic U.S. Sen. Patty Murray advanced Tuesday to the fall election in her quest for a sixth…

SEATTLE (AP) — Democratic U.S. Sen. Patty Murray advanced Tuesday to the fall election in her quest for a sixth term after the longtime incumbent highlighted her support for abortion rights in the run up to Washington’s primary election.

Murray will face Republican Tiffany Smiley, who is trying to become the first person from her party to win a U.S. Senate seat in Washington in nearly 30 years.

Both Murray and Smiley prevailed in Washington’s top-two primary system in which the two candidates with the most votes in the election move on to the November ballot, regardless of party.

In early results, Murray was getting more than 50% of the vote and Smiley more than 30% in the field of 18 candidates.

In a statement, Murray said she was “grateful” for the support from Washington voters.

She said this wasn’t a normal midterm election because: “Our daughters and granddaughters have lost the right to make their own health care decisions, and today’s extreme Republican Party continues to push lies that the 2020 election was stolen, threatening our democracy.”

Smiley’s campaign said in a statement that the results “leave no doubt that Washington’s voters have decided it is time for change, and that Tiffany is the candidate that best represents that change for them.”

Murray, 71, was first elected to the chamber in 1992. Her nearly 30 years in the Senate place her behind only Democratic Sens. Warren Magnuson and Henry “Scoop” Jackson for longest service in the Senate from the Evergreen State. The powerhouse duo served 36 years and 30 years, respectively, and were among the most powerful senators of the mid-20th century.

Murray is now a member of the Democratic leadership and has risen to chair of the Committee on Health, Education, Labor, and Pensions.

Murray would be the favorite in the November election as Washington hasn’t elected a Republican to the U.S. Senate since 1994. But she’s taking no chances in what could be a tough year for Democrats with rising inflation and economic turmoil.

Smiley, 41, is a mother of three who has highlighted her advocacy for her husband, a military veteran who was blinded in an explosion while serving in Iraq in 2005.

Smiley worked as a triage nurse until her husband, Scotty, was blinded. She quit her job and flew to Walter Reed National Military Medical Center to be by his side.

Smiley says she worked tirelessly to stop the Army from pushing her husband, a West Point graduate, into a medical retirement. Instead, he became the first blind active-duty officer in the Army, and is featured in her political ads.

Smiley said the Supreme Court’s decision on Roe leaves it to voters in individual states to decide if they wanted to allow abortions. Smiley said she doesn’t support a nationwide ban on abortion, despite what Murray has contended in her ads.

Murray is also highlighting her efforts to help middle-class families, saying there should be more tax cuts for them than for corporations.