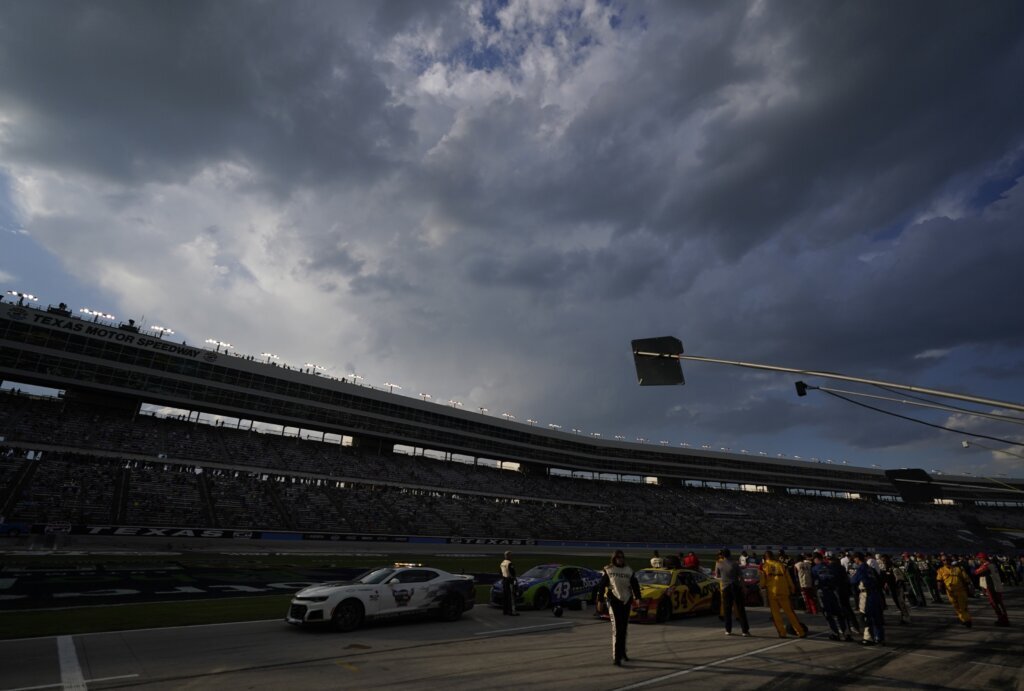 FORT WORTH, Texas (AP) — The NASCAR playoff race at Texas resumed after a 56-minute delay because of a red…

FORT WORTH, Texas (AP) — The NASCAR playoff race at Texas resumed after a 56-minute delay because of a red flag when light rain fell on some parts of the 1 1/2-mile track and there was lightning in the vicinity.

There were 220 of 334 laps completed before the cars were parked on pit road, allowing drivers a chance to get out of the cars on a day with record heat. The temperatures in the upper 90s made for the hottest Cup race ever at the track that opened in 1997.

Each of the first three playoff races were won by drivers no longer in contention for this season’s title. There have also been a record 19 different winners, and McDowell would extend that record if he was able to win.

Playoff leader Chase Elliott was already out of the race after a fiery finish on the infield. Elliott, one of several drivers who had tire issues, made hard contact into the outside wall in Turn 4 on lap 185. Flames already visible from under the right side of the No. 9 Chevrolet when he got onto the frontstretch, then turned across and came to a stop in the middle of the infield. Elliott climbed out uninjured as the car was being engulfed by flames.

Playoff contender Christopher Bell, the Oklahoma native who considers Texas his home track, couldn’t recover from a second tire issue that led to his race-ending crash.

Cody Ware escaped serious injury after his car made hard contact, going nearly nose-first into the outside wall in Turn 4 before shooting down the track and onto pit road. There was then an even bigger hit when the car slammed hard on the front driver side just past a cutout in the pit wall that goes to the garage.

When the car came to a stop, Ware initially got out and was tended to for several minutes before being placed on a stretcher and put into the ambulance. NASCAR said he was taken to the infield care center, where he was treated and released.

Track personnel had to do repairs to the safer barrier that was indented by the contact from Ware.