Nashville bid for GOP convention trips up in metro council 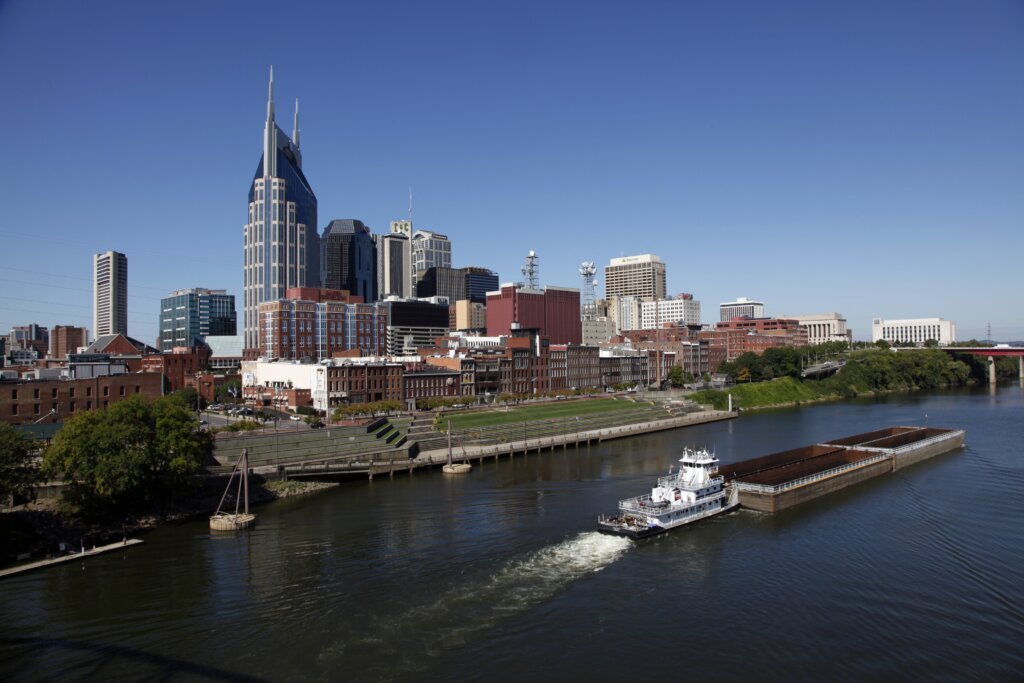 NASHVILLE, Tenn. (AP) — A bid to bring the 2024 Republican National Convention to Nashville has hit a roadblock in…

NASHVILLE, Tenn. (AP) — A bid to bring the 2024 Republican National Convention to Nashville has hit a roadblock in the Democratic-leaning city’s metro council, where opposition has led proponents to withdraw a proposed agreement about how to host the event.

The move Tuesday evening by the proposal’s sponsor, Councilmember Robert Swope, casts uncertainty about the city’s chances to land the GOP convention. The Nashville 2024 Host Committee has said it hopes the draft agreement with the Republican National Committee will be refiled and the council will begin considering it at a meeting later this month.

Officials in the other finalist city, Milwaukee, approved a similar framework early last month that runs through the logistics of hosting it there. The Republican National Committee is expected to announce sometime this summer where the event will land, bringing potentially tens of thousands of visitors. Both Democratic stronghold cities have expressed mixed feelings about hosting it.

“As far as we know, there is still a competitive race to win the convention and we will continue to put the city’s best foot forward until the RNC makes its final decision,” said Peggy Williams-Smith, head of Milwaukee’s tourism bureau, which is helping with the city’s bid.

In Nashville, Mayor John Cooper and others have expressed concerns about security issues, the economic trade-off of largely shutting down an already-bustling downtown except for convention activity and the implications of tying up city resources to tend to the event.

But some progressive leaders have gone further to argue that hosting the massive Republican party goes against the city’s values. Last week, several members on the metro council sent state GOP chairman Scott Golden a letter asking if Tennessee Republicans plan to remain “outwardly hostile” to the city in its efforts to be welcoming, maintain policies that make it the state’s economic driver, and manage challenges with the city’s massive growth.

Republicans have split the city in congressional redistricting in an effort to flip a Democratic seat; applauded the end of the constitutional right to abortion after passing a near-total state ban on the procedure; and installed many laws that target the city with policies many there oppose, including a school voucher program applicable in just two areas that are both Democratic, Nashville and Memphis’ Shelby County.

For now, a council member on Tuesday sidelined a separate resolution against bringing the convention to Nashville.

In a statement, the Nashville 2024 Host Committee said it asked Cooper’s administration to withdraw the draft agreement proposal to “allow for additional time to address multiple concerns and objections expressed by Metro Council.”

“It is our optimistic view that Nashville is the ideal American city to host one or both of our nation’s nominating conventions and to demonstrate to the world its ability to host civil and respectful public discourse on issues vital to the future of our country,” the committee said.

Mayor Cooper’s brother Jim Cooper is the Democratic congressman whose seat was chopped up in GOP redistricting, spurring his decision not to seek reelection.

Republican Gov. Bill Lee has been pushing for the convention, and has budgeted a $25 million pot of money that could at least partly be used to fund it.

The Tennessee Democratic Party chairman, Hendrell Remus, is on board with the GOP convention, so long as it means Nashville gets considered for the 2028 Democratic convention. Golden agreed on that in a joint statement with Remus late last month.

UK PM Boris Johnson clings on despite clamour for his resignation