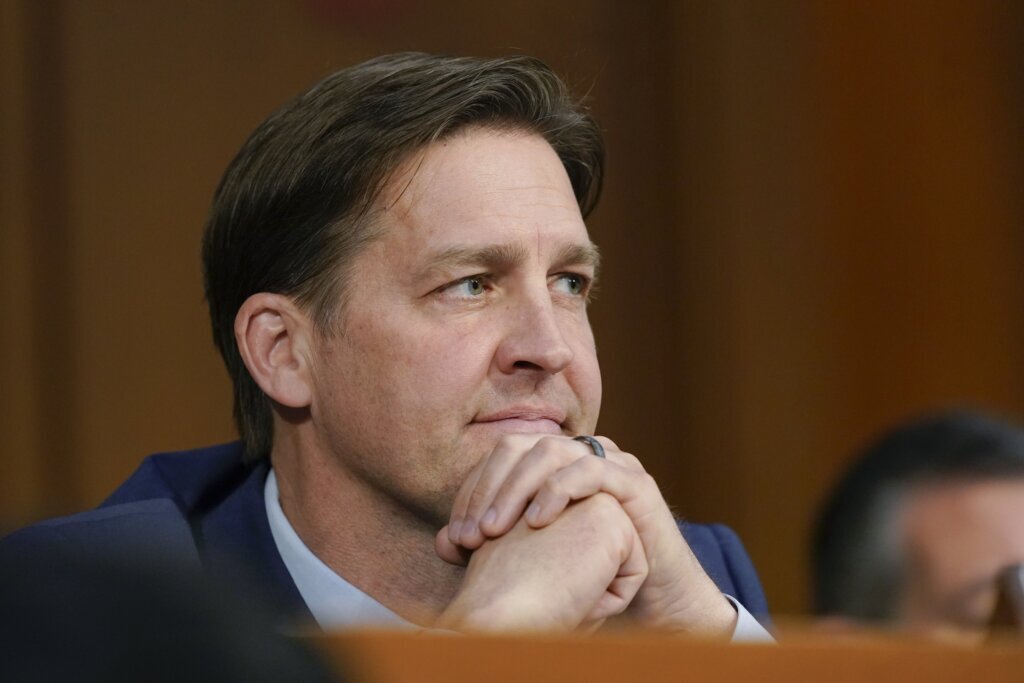 WASHINGTON (AP) — Nebraska Sen. Ben Sasse is the sole finalist to become president of the University of Florida, the…

WASHINGTON (AP) — Nebraska Sen. Ben Sasse is the sole finalist to become president of the University of Florida, the school said Thursday, and the Republican senator indicated he will take the job. That means he would be likely to resign in coming weeks.

The school said in a statement that its presidential search committee had unanimously recommended Sasse as the sole finalist, a decision that will have to be be voted on by the school’s board of trustees and then confirmed by the board of governors. He is to visit the campus on Monday to meet with students, faculty and other members of the university community, the school said.

In a statement released by the school, Sasse said he was “thrilled about the opportunity to work alongside one of the nation’s most outstanding faculties.”

Sasse was president of Midland University, a Christian school in eastern Nebraska, before he ran for the Senate.

In a separate tweet, Sasse said he had been pursued by other universities but “this time is different because the University of Florida is very different.”

“If UF wants to go big, I’m excited about the wide range of opportunities,” he said.

If Sasse resigns, Nebraska’s governor will appoint someone to fill his seat for the next two years. That person would then have to run for the office in 2024.

If the resignation takes effect before Jan. 3, Republican Gov. Pete Ricketts will name Sasse’s replacement. After Jan. 3, Ricketts’ successor would appoint the new senator. Nebraska’s other senator, Deb Fischer, is up for re-election in 2024, so Nebraska would have two Senate seats to vote on that year.

Sasse is a second-term senator who has had a complicated relationship with Republicans in his own state after his outspoken criticism of former President Donald Trump. He was one of seven Republican senators to vote to convict the former president of “incitement of insurrection” after the Jan. 6, 2021, Capitol attack.

Nebraska Republicans reprimanded Sasse but stopped short of censuring him after the impeachment trial. The state GOP’s Central Committee passed a resolution last February expressing “deep disappointment and sadness” about Sasse’s approach to his work in the Senate. The state party urged him to represent “the people of Nebraska to Washington and not Washington to the people of Nebraska.”

At the time, Sasse brushed off the criticism from his party and noted his conservative voting record in the Senate. He said Nebraska party activists were “hacked off” that he condemned Trump’s statements to a crowd just before the riot at the U.S. Capitol.

After voting to convict Trump, Sasse said he had “promised to speak out when a president – even of my own party – exceeds his or her powers.”

“I cannot go back on my word, and Congress cannot lower our standards on such a grave matter, simply because it is politically convenient,” he said. “I must vote to convict.”

In March 2016, the Nebraska GOP’s Central Committee did censure him for his criticism of then-candidate Trump.

In 2019, Sasse toned down his criticism of Trump when he was running for reelection against a pro-Trump primary challenger. Trump later endorsed Sasse, saying he had done a “wonderful job” representing Nebraska. But a year later, he called on Republicans to replace Sasse after he criticized him again.

Midland University, where Sasse previously served as president, is a small university based in Fremont, Nebraska, that has just over 1,600 students.

Sasse, who has degrees from Harvard and Yale, worked in the Justice Department and as an assistant secretary of Health and Human Services under President George W. Bush.