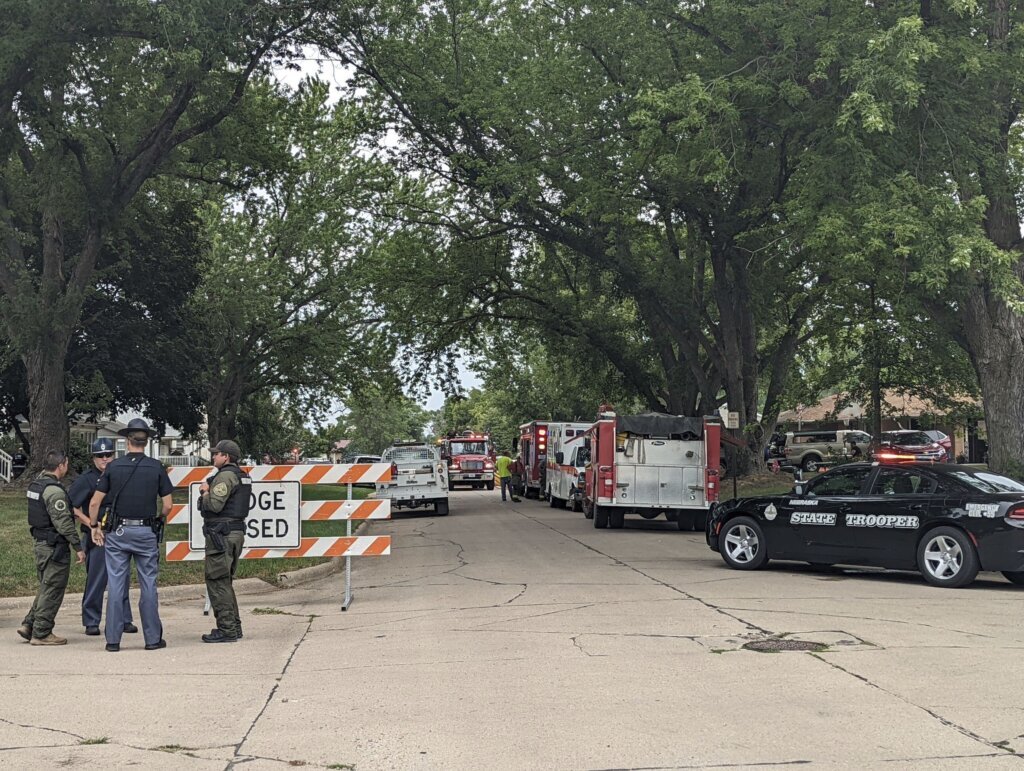 LAUREL, Neb. (AP) — Police arrested a suspect early Friday in connection with the deaths of four people in the…

LAUREL, Neb. (AP) — Police arrested a suspect early Friday in connection with the deaths of four people in the small northeast Nebraska city of Laurel, according to the Nebraska State Patrol.

The patrol said it would release more details about the arrest later Friday morning.

The arrest came a day after four people were found dead in two burning homes in the city about 100 miles (160 kilometers) northwest of Omaha.

After examining both burned-out homes, the state patrol said that “gunfire played a part in the incident at both homes” and that both fires had started just after 3 a.m. Thursday.

Nebraska State Patrol Col. John Bolduc declined to say whether the victims were related and did not offer more detail about how they died.

“We’re not categorizing it as anything right now,” Bolduc said.

When asked if residents of the town of less than 1,000 people should worry about their safety, Cedar County Sheriff Larry Koranda called Laurel “a very safe community” but said people “need to be diligent” and report anything out of the ordinary to police.

When the bodies were discovered, Laurel police recommended that the community go on a voluntary lockdown, prompting most businesses, a senior center and schools to limit access for part of the day.