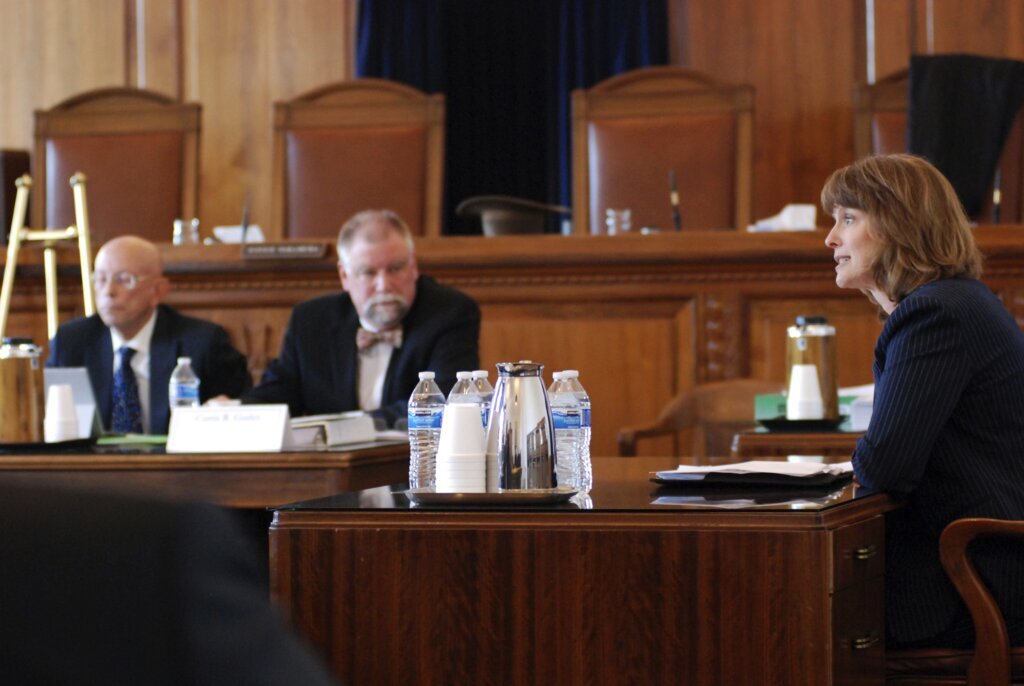 SANTA FE, N.M. (AP) — New Mexico will no longer deny licenses to practice law solely because of an applicant’s…

SANTA FE, N.M. (AP) — New Mexico will no longer deny licenses to practice law solely because of an applicant’s citizenship or immigration status, including some aspiring law students who arrived in the U.S. as children and don’t have a clear path to citizenship.

“The change in the licensure rule is grounded in the fundamental principle of fairness, and is consistent with New Mexico’s historical values of inclusion and diversity,” Supreme Court Chief Justice Shannon Bacon said in a statement Tuesday.

She said the shift aligns New Mexico with recommendations by the American Bar Association and provisions in at least eight other states that provide attorney licensing to some immigrants. All applicants are still required to graduate from law school, pass the bar exam and undergo further character vetting by a board of bar examiners.

“This is a reckless decision,” Pearce said in a statement. “This latest rule will open our borders even more, and the court seems to relish making arbitrary decisions without thinking about consequences.”

Since 2017, the state judiciary has licensed some candidates based on work authorizations linked to an Obama-era program that has prevented the deportation of thousands of people brought into the U.S. as children.

Advocates for immigrant communities say that arrangement was threatened by efforts to do away with the Deferred Action for Childhood Arrivals program — ruled illegal by a federal judge in Texas last year with a stay pending appeal at the 5th U.S. Circuit Court of Appeals in New Orleans.

Jazmin Irazoqui-Ruiz, a senior attorney at the New Mexico Immigration Law Center, was the first in the state to qualify for a law license through work authorization under the DACA program. She said the changes do away with an arduous process and law licenses that came with a stipulation.

“Immigration status won’t be a barrier to obtaining your law license” now, said Irazoqui-Ruiz. “That opens up economic opportunity regardless of immigration status. … It has an effect on family and community.”

Leyva-Castillo says he immigrated to the U.S. from Mexico with family at age 8 and has relied on the DACA program to avoid removal as he earned a high school diploma at Ruidoso High School and two degrees from the University of New Mexico.

Now 25, he is preparing for work as a law clerk at the New Mexico Court of Appeals and said the licensing rule change “allows the state to use the immigrant community that we already have and integrate them into our workforce to prop up the economy. … I think this really sends a message.”

Will four-wheeler stocks hit the fast lane in H2 of this fiscal?