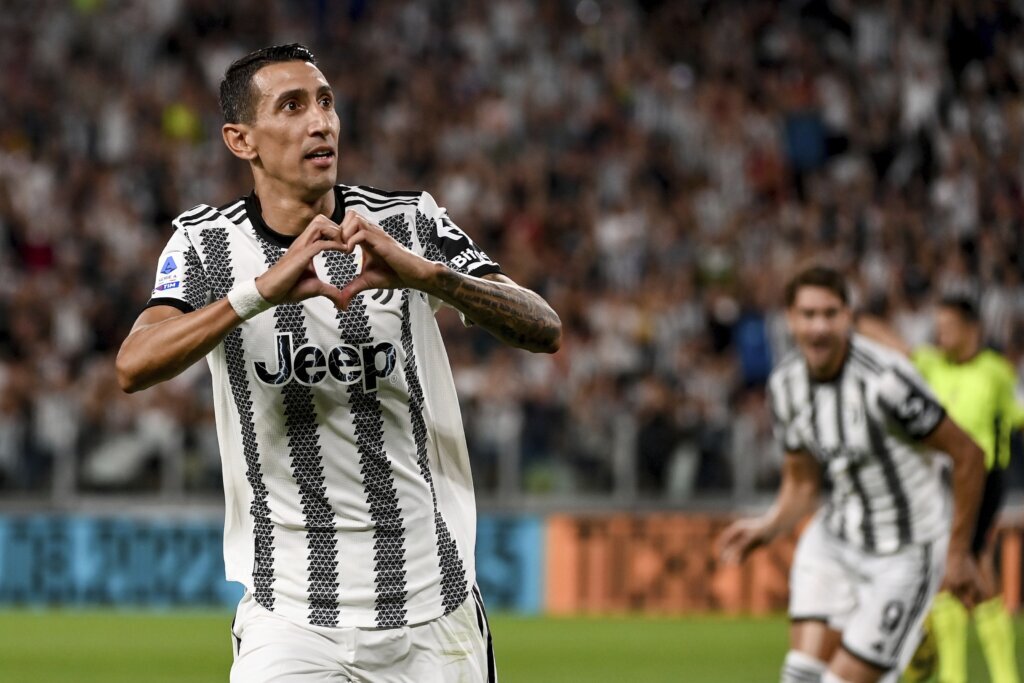 MILAN (AP) — It is perhaps only fitting that in a country where pasta is the staple dish, a player…

MILAN (AP) — It is perhaps only fitting that in a country where pasta is the staple dish, a player nicknamed “The Noodle” starred in his debut.

New signing Ángel Di María was at the heart of every good move from Juventus in its opening match on Monday. He scored one goal and set up another in a 3-0 win over Sassuolo as the Bianconeri looked very different from the team often labelled as dull and boring last season.

That’s why an injury he also picked up is such a blow.

Di María was forced off in the 66th minute with an injury to his left thigh and will definitely miss Monday’s game at Sampdoria. He could be back for the following crunch match against Roma depending on the results of further tests at the end of next week.

“Maybe I should have taken him off when we went 3-0 up but he was enjoying himself,” Juventus coach Massimiliano Allegri said.

Di María is the latest injury problem for Juventus, which is already without fellow signing Paul Pogba as well as Federico Chiesa, Kaio Jorge and goalkeeper Wojciech Szczęsny.

However, Moise Kean and Adrien Rabiot are available after being suspended for the opener.

There was not much fanfare when Di María joined Juventus last month on a free transfer after seven years at Paris Saint-Germain. The signing of the 34-year-old Argentina international was overshadowed by Pogba flying into Turin the same day and completing his return to the club just days later.

But fans at the Allianz Stadium — and the opposition — were bedazzled by Di María on Monday. Nicknamed “El Fideo” (“The Noodle”) because of his slender frame, Di María was everywhere, weaving his way between defenders and at the core of every Juventus attack.

He scored the opener and almost doubled his tally before providing a delightful assist for Dušan Vlahović’s second of the night.

“Playing with Ángel Di María is an incredible sensation, a great pleasure,” Vlahović said. “I thank him for the assist and I hope to receive and also give many more.

“I think that we will work well together, but the important thing is that the team works and wins. Ángel played an extraordinary game.”

It wasn’t all positive for Juventus, however. It got off to a sluggish start and there was little sign of what was to come after Sassuolo had several chances to strike first.

Matters changed after the cooling break halfway through the first period. Juventus resumed with a much-changed attitude after Allegri had talked to his players.

“It was a moment in which they had had quite a few shots, we couldn’t manage to control the match. I moved Di María wide and (Juan) Cuadrado on the other side, I didn’t say anything special to the guys though,” Allegri said. “I changed it a bit to cover the field better. From that moment on we had the right game. Either I did badly at first or well afterwards.”

Juventus’ main title rivals — Napoli, Roma and the Milan clubs — also won their openers last weekend. It was the first time in more than 50 years that there were no draws in the opening round of the season.