NICK KYRGIOS claimed a fan was smoking marijuana on court at the US Open today.

The exuberant Aussie tennis star ranted at umpire Jaume Campistol during his second round match in New York.

Kyrgios was playing Benjamin Bonzi on the Louis Armstrong Stadium on Wednesday afternoon.

But he seemed to be put off by something in the crowd at Flushing Meadows.

In the sixth game of the second set, he turned and yelled to the umpire “you don’t smell that?”

At the change of ends after the seventh game, he continued his chat with the umpire from in his chair. 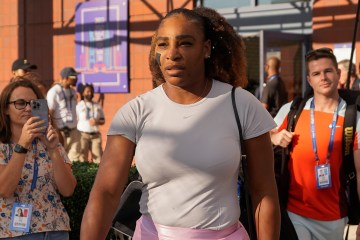 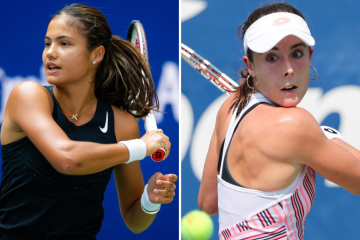 Kyrgios fumed: “You think that’s normal? You don’t want to remind anyone not to do it, no?”

The umpire’s response wasn’t picked up on the broadcast.

But Kyrgios hit back: “It’s not even the kitchen mate, it’s f***ing marijuana.

“Obviously I’m not going to complain about food smells.

“When athletes are running side to side and they have asthma already, obviously it’s not ideal.”

The umpire proceeded to issue a warning to fans about not smoking in the stadium.

SunSport has contacted US Open organizers for comment on the incident.

Earlier this summer, Kyrgios accused a spectator at the Wimbledon final of looking “like she’s had about 700 drinks.”

He is being sued for defamation by the fan, who was removed from Centre Court during the final against Novak Djokovic.