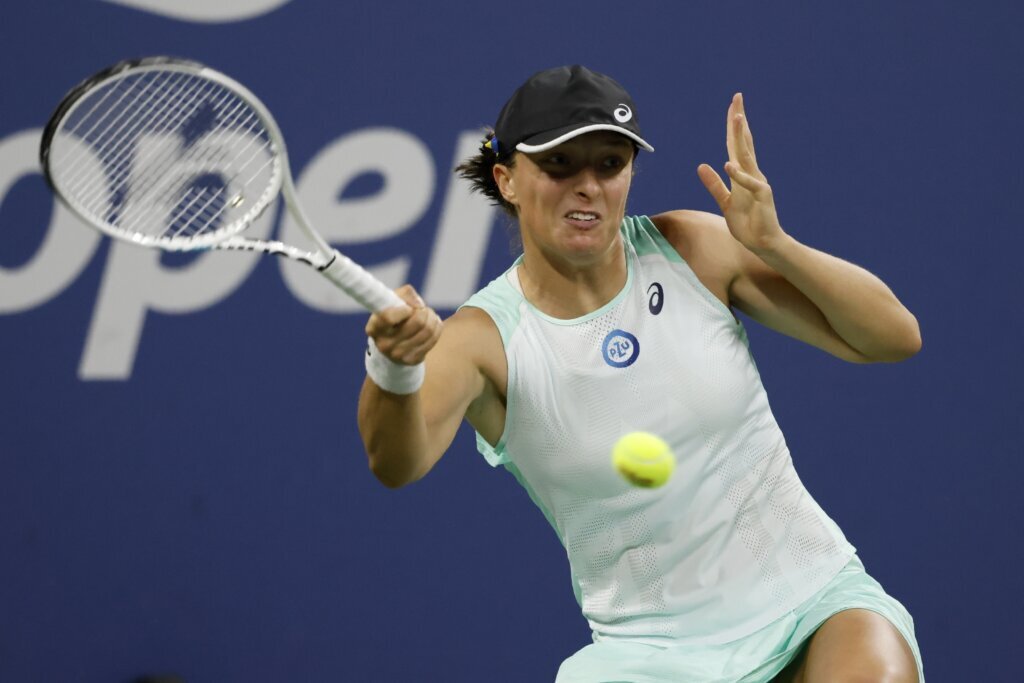 After a string of upsets and Serena Williams’ loss in what is expected to be her final match left no past U.S. Open women’s champions in the field, all eyes are now on No. 1 Iga Swiatek. The two-time French Open champion will try to make the U.S. Open quarterfinals for the first time when she plays unseeded Jule Niemeier. Niemeier made the Wimbledon quarterfinals this year. Swiatek has yet to drop a set in the U.S. Open. Also scheduled to play Monday is 22-time Grand Slam champion Rafael Nadal, who plays Frances Tiafoe of the U.S. Tiafoe has yet to drop a set at Flushing Meadows. Tiafoe is already the first American male to make the fourth round of three straight Opens since Mardy Fish did it from 2010-12. Nadal is 2-0 head-to-head against Tiafoe, which includes a win in the 2019 Australian Open. Carlos Alcaraz and Cameron Norrie are also in action on the men’s side, and Petra Kvitova plays Jessica Pegula at Arthur Ashe Stadium.

0-8 — Corentin Moutet’s career record against players ranked in the top 10 after his loss to Casper Ruud.

“I want to go all the way. Hopefully it’s possible.” — Nick Kyrgios, into the quarterfinals in New York for the first time, after beating defending champion Daniil Medvedev.