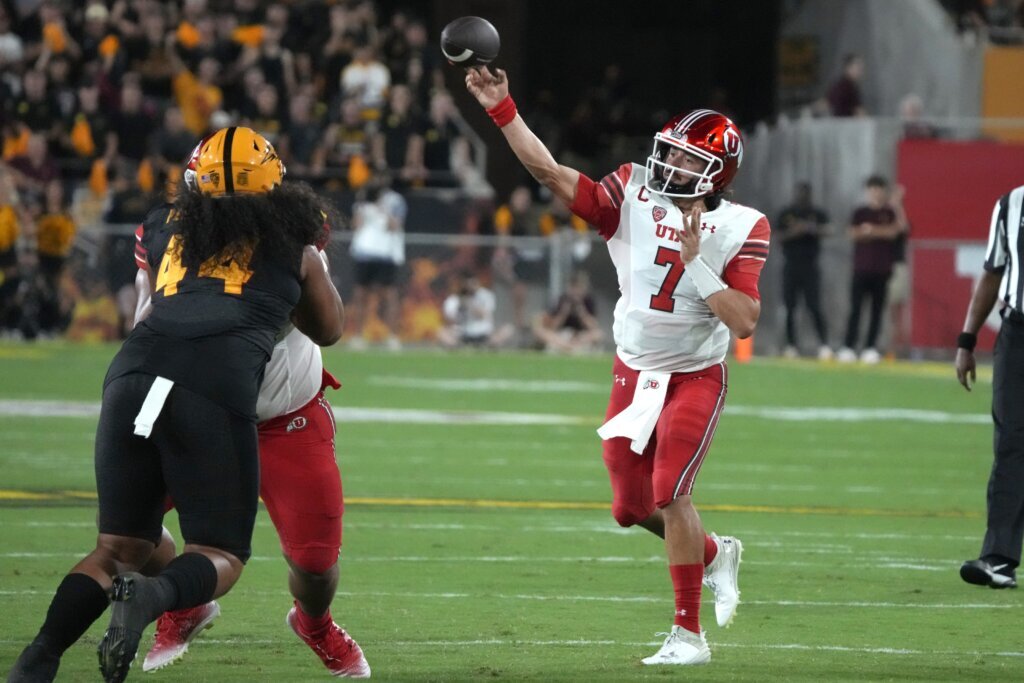 Line: Utah by 10 1/2, according to FanDuel Sportsbook.

For Utah, it’s about staying undefeated in Pac-12 play. For Oregon State, it’s about bouncing back after a 17-14 loss to No. 6 Southern California in which the Beavers lost the lead in the final 73 seconds. Expect a tight contest, given the recent history between the Beavers and Utes. Oregon State leads the overall series, but Utah has a slim edge in overall points, 512-510. Last season in Corvallis, Oregon, the Beavers won 42-34 behind Chance Nolan, who threw two touchdown passes. It was Utah’s only loss in Pac-12 play last season.

Led by safety Cole Bishop, the Utes are allowing just 132.8 yards passing this season, which ranks third in the country. Nolan has 12 pass plays that have gone for 25 or more yards. He’s thrown seven TD passes this season and six interceptions.

Oregon State: Running back Jam Griffin, who rushed for a career-best 84 yards against the Trojans. The transfer from Georgia Tech has scored in each of the last two games. He’s averaging six yards per carry this season.