No. 5 seeds Ruud, Jabeur to play in US Open quarterfinals 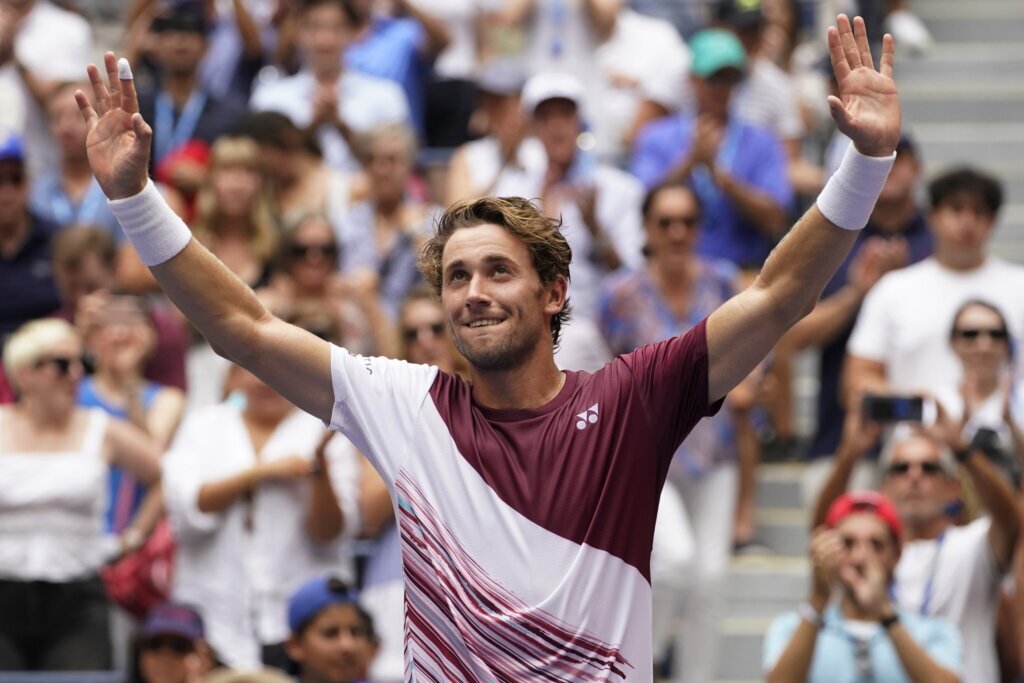 NEW YORK (AP) — LOOKAHEAD TO TUESDAY Both No. 5 seeds headline the first day of quarterfinal play at the…

Both No. 5 seeds headline the first day of quarterfinal play at the U.S. Open. On the men’s side, Casper Ruud of Norway plays No. 13 Matteo Berrettini of Italy at Arthur Ashe Stadium. Ruud is the French Open runner-up and Berrettini was runner-up at Wimbledon in 2021. Later in Ashe, Ons Jabeur of Tunisia plays unseeded Ajla Tomljanovic of Australia on the women’s side. Tomljanovic is playing for the second time since she beat Serena Williams and sent her into an apparent retirement. At night, No. 12 seed Coco Gauff of the U.S. plays No. 17 Caroline Garcia of France and No. 23 Nick Kyrgios of Australia takes on No. 27 Karen Khachanov of Russia. Both night matches are at Arthur Ashe Stadium. Gauff is 4-0 in Ashe this year and is playing the Open quarterfinals for the first time in her career. The 18-year-old Gauff, the French Open runner-up in June, is the youngest American to make it this far at the U.S. Open since Melanie Oudin was 17 in 2009.

3 — The number of Grand Slam quarterfinals for Jessica Pegula this year.

“I’m not paying really attention because it’s not me.” — Andrey Rublev, on a new men’s No. 1 player after the U.S. Open.