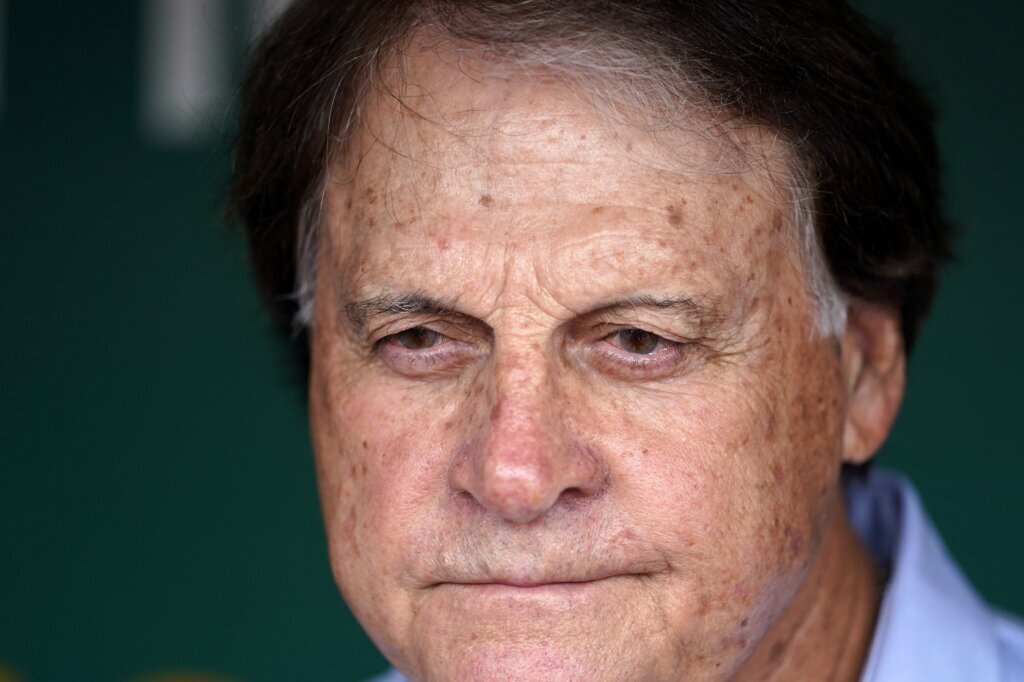 CHICAGO (AP) — White Sox manager Tony La Russa will watch the team’s home series against Colorado from a suite while he awaits clearance to return to the dugout.

The 77-year-old La Russa is on the mend after leaving the White Sox on Aug. 30 to deal with a heart issue. La Russa rejoined the team in Oakland on Sunday and then flew home with the club for the two-game set against the Rockies.

There is no timetable for the Hall of Famer when it comes to returning to the stress of in-game managing. Chicago begins a four-game trip on Thursday in Cleveland.

“For now, it’s just taking it day by day and following the lead of the medical professionals and talking to Tony,” general manager Rick Hahn said Tuesday.

La Russa is in the second season of his second stint as White Sox manager. Bench coach Miguel Cairo is running the team while La Russa is out.

Chicago won nine of its first 13 games after Cairo took over, strengthening its bid for a third consecutive playoff appearance.

“Today I’m the manager. Tomorrow I don’t know,” Cairo said. “But that’s in my job right now and I’m glad (La Russa is) around because I always ask him questions about what I could have done better or different or stuff like that. He got experience. He’s a mentor. He’s like a father to me. I care about him and I’m glad he’s well. He’s in good spirits.”

Hahn said it’s “too soon” to address how La Russa’s health affects the team’s managerial situation for next year.

“Look, we’ve been trying to navigate the last few weeks under unique circumstances, and I think the team has done very well,” Hahn said. “And obviously, everyone’s noted that. But as for what lies ahead for next year, it’s simply too soon for that.”

All-Star shortstop Tim Anderson moved closer to a potential return when he was cleared Tuesday to begin ramping up his baseball activity. He had surgery last month to repair a tear on the middle finger of his left hand.

Anderson is batting .301 with six homers, 25 RBIs and 13 steals this season. The White Sox signed veteran shortstop Elvis Andrus after Anderson got hurt, and Andrus hit .293 with five homers and 20 RBIs in his first 22 games with his new team.

Hahn said Anderson might be ready to return during the team’s next homestand.

“Once we get a little closer to that, we’ll come up with a plan for how we’re going to figure out how to incorporate both of them on a fairly regular basis going forward,” Hahn said of Anderson and Andrus.

Hahn met with the media via Zoom after he tested positive for COVID-19 on Tuesday. He said he had some mild flu-like symptoms and a little cough.

Center fielder Luis Robert returned to the starting lineup for the opener against Colorado after missing five games because of left wrist soreness. Robert is batting .295 with 12 homers and 56 RBIs in 92 games.