Nobody else will be stupid enough to play Tests at 40 but I won’t quit playing for England, says James Anderson

JAMES ANDERSON is convinced he will be the last 40-year-old to play Test cricket for England.

Swing-king Anderson fears the lure of easy money in Twenty20 events could shorten the careers of players in the five-day format.

Anderson is poised to become the first specialist quick bowler in 61 years to take an England Test wicket over the age of 40.

He has no plans to hang up his bowling boots but believes others are likely to follow the lead of Kiwi star Trent Boult, who last week announced at 33 he plans to play fewer internationals and focus on lucrative franchise events.

Asked if there will be another 40-year-old playing for England, Anderson said: “Maybe Broady but definitely not after that because no one will be stupid enough.

“With franchise cricket, The  Hundred, short forms, I can’t see anyone wanting to play Test cricket this long. I see more and more doing what Trent Boult has done. 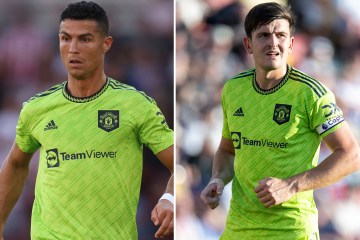 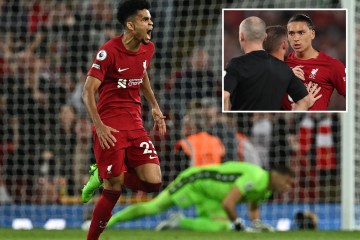 “It makes me sad because Test cricket will probably bear the brunt. The easiest thing for bowlers is to bowl four overs or 20 balls. That takes nothing out of you.

“And if you’re getting paid just as well as you would in Test cricket, it probably makes sense. It will tempt more people.”

Back in 1961, Derbyshire bowler Les Jackson  played the second of his two Tests (the first was in 1949) and his four wickets were the last by a specialist England seamer aged 40.

In 1994, Graham Gooch was the most recent 40-plus (he was actually 41) to take a wicket for England but he was mainly a batsman, of course.

So Anderson is poised to achieve something very rare as the First Test against South Africa starts at Lord’s tomorrow.

He did some TV punditry on England’s white-ball matches in July and during The Hundred.

But Anderson could not wait to get back to bowling. He said: “Everyone gets better with experience in whatever walk of life.

“I keep working on stuff, playing around with seam positions and different balls, trying to disguise things more so people can’t see the swing. Forty is just a number. It’s not how I feel — I don’t feel like I’m slowing down.

“The last few weeks, I’ve been training hard. In the last  couple of days’ practice here at Lord’s, I feel in great rhythm so hopefully I can show that on the field.

“I definitely feel proud of where I’ve got to.  And very fortunate I still have the love for the game and the desire to get better.

“With a lot of people, that’s the first thing that goes and that’s when you start winding down.

“But my passion is still there. My body is functioning properly, allowing me to do the job I love.”

The Proteas reckon “Bazball” is a  myth that will come unstuck. But Anderson added: “I’ve been itching to get back. Those four Tests were incredible.

“What we did on the field was great but the energy in the dressing room was brilliant. I felt as happy as I have in an England dressing room for  years.

“Everyone feels the same — really excited to get going.

“Ben and Brendon know how they want us to play. We’re buying into that and absolutely loving it.”

l Lord’s  will again turn “Red for Ruth” in honour of ex-England captain Andrew Strauss’ late wife and the foundation he set up in her name to help families facing the death of a parent.

India at 75: These pre-independence companies thrived in independent India