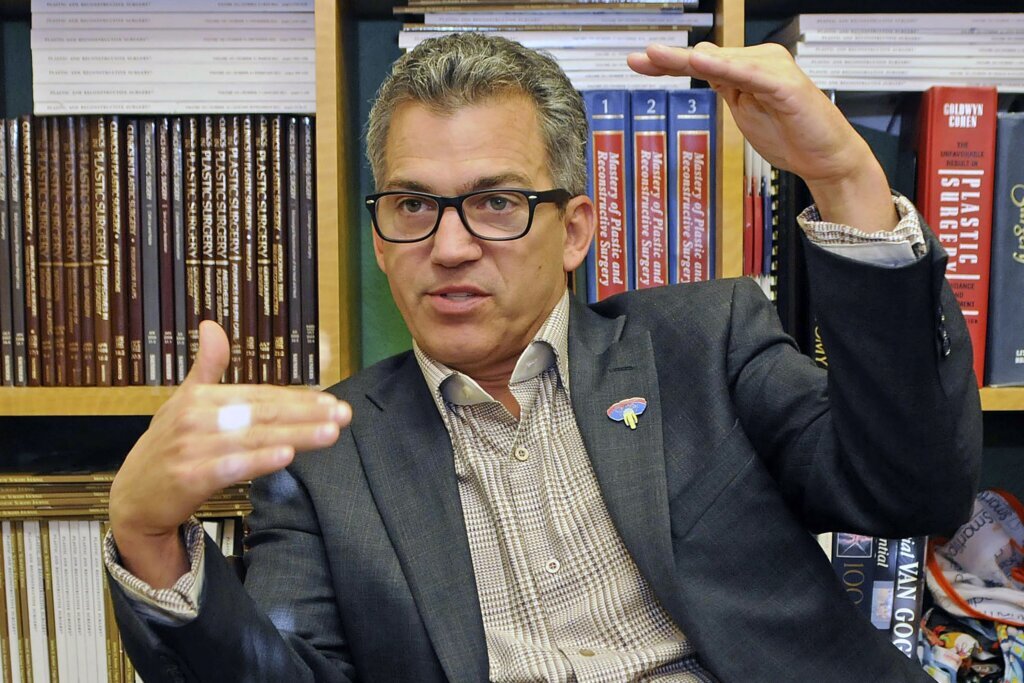 BISMARCK, N.D. (AP) — State Rep. Rick Becker, who founded an ultraconservative faction in the North Dakota Legislature and who…

BISMARCK, N.D. (AP) — State Rep. Rick Becker, who founded an ultraconservative faction in the North Dakota Legislature and who narrowly lost the Republican endorsement for the U.S. Senate, announced Monday that he plans to run as an independent for the seat held by John Hoeven.

Becker, a Bismarck plastic surgeon and former gubernatorial candidate, had said he would not run if he lost the endorsement to Hoeven, who is seeking a third term.

“I had let it go and had no intention (of running) whatsoever,” Becker told The Associated Press. “The big spending in Washington just kept eating at me slowly and surely.”

Becker, 57, said he would start gathering the 1,000 signatures he needs by Sept. 6 to get on the ballot. If he gathers enough, in November he would face Hoeven and Democrat Katrina Christiansen, a political newcomer and University of Jamestown engineering professor.

Becker is the second person attempting to get on the November ballot as an independent. Cara Mund, a former Miss America, plans to run as one for North Dakota’s lone U.S. House seat. Mund and Becker, who had a statewide television show for a time, are both known entities in North Dakota and each likely will reach the 1,000-signature threshold.

Hoeven, 65, got a scare at the GOP convention in April when he narrowly won the GOP endorsement over Becker, who painted Hoeven as a big-spending, big-government politician who had lost touch with his conservative base.

Hoeven countered by touting his involvement in North Dakota’s economic development and highlighted his opposition to most of President Joe Biden’s policies. Hoeven got a video message of support from former President Donald Trump, who remains popular in the state.

Becker was elected to the North Dakota House in 2012, and he founded the ultraconservative Bastiat Caucus. He has been a vocal critic of spending by the Republican-led Legislature, which has passed record-setting budgets in most of the past several sessions. He is not seeking reelection to his state House seat.

Becker said in a statement that Hoeven has “rendered himself ineligible to call himself a conservative or a Republican” due to his backing of the President Joe Biden’s $550 billion infrastructure legislation.

Hoeven said he supported the bill because of its investments in infrastructure in North Dakota and the nation.

Hoeven, was first elected to the Senate in 2010 after serving as governor for a decade. His campaign said in a statement that Becker’s potential bid doesn’t change anything.

“(Hoeven) has always focused on doing the things that best serve North Dakota and our country,” the statement said.

Hoeven won both of his previous Senate terms with more than 76% of the vote. He was first elected to the Senate in 2010.

He has more than $3.5 million on hand for his Senate bid. Becker said he will self-fund his campaign.

Mark Jendrysik, chairman of the University of North Dakota’s political science department, said Becker’s entry into the race is “definitely a quixotic campaign.”

“Clearly, it’s very late to get into this race and I just don’t see where he’s going to raise several million dollars and generate enthusiasm in the short window he’s got,” Jendrysik said.

Becker’s run also is unlikely to boost the chances of the Democrat, Christiansen, who is a relative political unknown in a state where Republicans hold every statewide office.

For a Democrat to be successful, “you’d have to split the Republican vote and the independents and people like that,” Jendrysik said. “Maybe then you’ve got a chance if there is a seriously split electorate, but I really don’t see it.”

The story was updated to correct that Biden’s infrastructure legislation costs $550 billion, not $550 million.