Nottingham Forest may sign ‘another big name’ after ex-Man Utd ace Jesse Lingard, who is ‘first of more’

SunSport understand that Lingard, 29, has put pen to paper on a contract that will see him bag £115,000 per week, plus add-ons.

Exclusive sources suggest that the versatile midfielder is the “first of more” as there is still the possibility of “another big name” moving to the City Ground.

Marinakis stated after the play-off final, which saw the club’s 23-year exile from England’s top flight coming to an end, that there will be investment.

The Greek businessman, who also owns Olympiacos, added that Cooper’s men will return to the Premier League to compete. 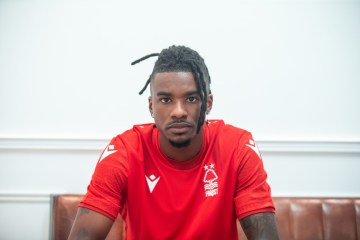 And that is why Forest swooped in for the former free agent as he has Premier League, Champions League and international experience.

The England international is seen as a “superstar” that can help lead Cooper’s men as he has “hunger” to succeed.

The club’s hierarchy were also won over by his character as they consider him as a “really nice guy” and “really personable”.

SunSport understand that it was Marinakis’ son Miltiadis that facilitated Lingard’s move to Forest, who beat West Ham for his signature.

Chelsea line up Gvardiol in double transfer swoop on…