Nuclear treaty conference near end with Ukraine in spotlight 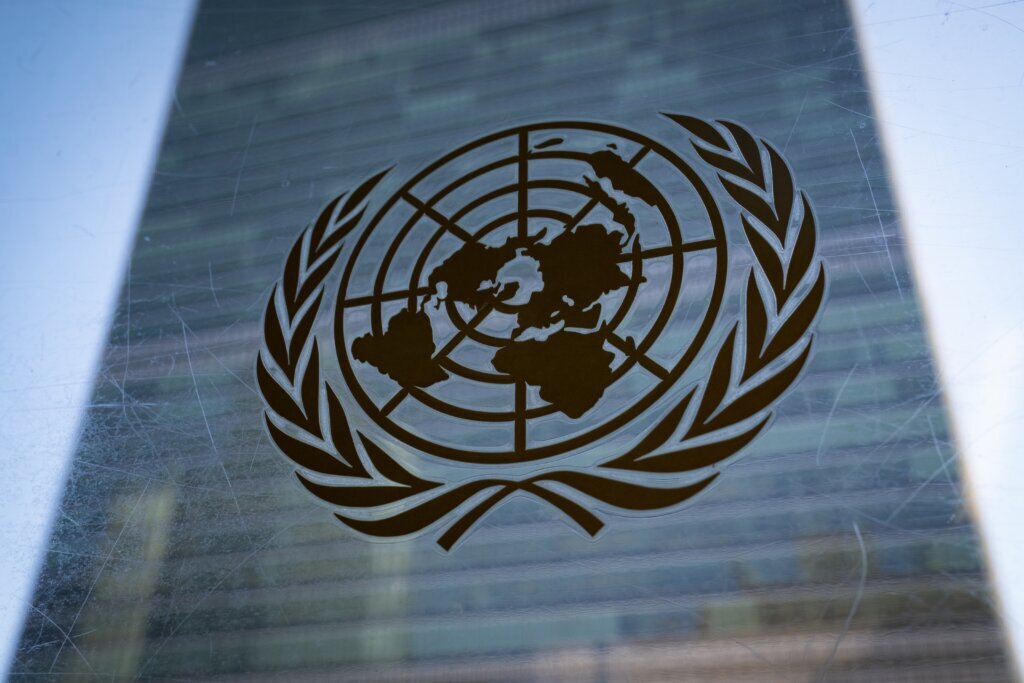 As 191 countries approach Friday’s end to a four-week conference to review the landmark U.N. treaty aimed at curbing the spread of nuclear weapons, Russia’s invasion of Ukraine and takeover of Europe’s largest nuclear power plant and rivalries between the West and China were posing key obstacles to agreement on a final document.

UNITED NATIONS (AP) — As Friday’s end to a four-week conference to review the landmark U.N. treaty aimed at curbing the spread of nuclear weapons neared, delegates scrambled to reach agreement on a final document with Russia’s invasion of Ukraine and takeover of Europe’s largest nuclear power a key obstacle.

Argentine Ambassador Gustavo Zlauvinen, president of the conference reviewing the 50-year-old Nuclear Nonproliferation Treaty, which is considered the cornerstone of nuclear disarmament, circulated a revised 36-page draft final document that aimed to address some of China’s concerns. But it still made the same four references to Russia’s occupation of Europe’s biggest nuclear plant at Zaporizhzhia in southeastern Ukraine — though without naming Russia.

Any document must be approved by all 191 countries that are parties to the treaty, and the closing plenary meeting to consider the revised draft was delayed while delegates met behind closed doors to try to get all countries on board.

Earlier this week, U.S. Ambassador to the U.N. Linda Thomas-Greenfield told the Security Council that the Biden administration is seeking a consensus final document that strengthens the nuclear treaty and acknowledges “the manner in which Russia’s war and irresponsible actions in Ukraine seriously undermine the NPT’s main purpose.”

Russia’s U.N. Ambassador Vassily Nebenzia accused the United States and its allies at that council meeting of “politicizing the work on the final document, putting their geopolitical interests in punishing Russia above their collective needs in strengthening global security.”

“Against the backdrop of the actual sabotage by the collective West of the global security architecture, Russia continues to do everything possible to keep at least its key, vital elements afloat,” Nebenzia said.

The four references to Zaporizhzhia, where Russia and Ukraine accuse each other of shelling, would have the parties to the NPT express “grave concern for the military activities” at or near the facility and other nuclear plants, recognize Ukraine’s loss of control and the International Atomic Energy Agency’s inability to ensure its nuclear material is safeguarded.

The parties would also support IAEA efforts to visit Zaporizhzhia to ensure there is no diversion of its nuclear materials which the agency’s director is hoping to organize in the coming day. And it would express “grave concern” at the safety of Ukraine’s nuclear facilities, in particular Zaporizhzia, and stress “the paramount importance of ensuring control by Ukraine’s competent authorities.”

The NPT review conference is supposed to be held every five years but was delayed because of the COVID-19 pandemic. The last one in 2015 ended without an agreement because of serious differences over establishing a Middle East zone free of weapons of mass destruction.

Those differences haven’t gone away but are being discussed, and both draft documents obtained by The Associated Press would reaffirm the importance of establishing a nuclear-free Mideast zone. So, this is not viewed as a major stumbling block this year.

The issue that has changed the dynamics of the conference is Russia’s Feb. 24 invasion of Ukraine and Russian President Vladimir Putin’s warning that Russia is a “potent” nuclear power and any attempt to interfere would lead to “consequences you have never seen,” and his decision soon after to put Russia’s nuclear forces on high alert.

Putin has since rolled back, saying that “a nuclear war cannot be won and must never be fought,” a message reiterated by a senior Russian official on the opening day of the NPT conference on Aug. 2. But the Russian leader’s initial threat and the occupation of Zaporizhzhia by Russian forces soon after the invasion as well as their takeover of the Chernobyl nuclear plant, scene of the world’s worst nuclear disaster in 1986, renewed global fears of another nuclear emergency.

Under the NPT’s provisions, the five original nuclear powers — the United States, China, Russia (then the Soviet Union), Britain and France — agreed to negotiate toward eliminating their arsenals someday and nations without nuclear weapons promised not to acquire nuclear weapons in exchange for a guarantee to be able to develop nuclear energy for peaceful purposes.

India and Pakistan, which didn’t join the NPT, went on to get the bomb. So did North Korea, which ratified the pact but later announced it was withdrawing. Non-signatory Israel, which is believed to have a nuclear arsenal but neither confirms nor denies it, has been an obstacle in discussions of a Mideast zone free of weapons of mass destruction.

Nonetheless, the treaty has been credited with limiting the number of nuclear newcomers (U.S. President John F. Kennedy once foresaw as many as 20 nuclear-armed nations) as a framework for international cooperation on disarmament.

The draft final document would express deep concern “that the threat of nuclear weapons use today is higher than at any time since the heights of the Cold War and at the deteriorated international security environment.” It would also commit the 191 parties to the treaty “to making every effort to ensure that nuclear weapons are never used again.”

The parties would call on India, Israel and Pakistan to join the NPT “as non-nuclear-weapon states” and on South Sudan to become a party as soon as possible. It would call on North Korea to return to the treaty at an early date and immediately cease its nuclear activities.

Diplomats and nuclear experts monitoring the closed-door negotiations cited differences between China and the West that could have blocked agreement on a final document but appear to have been resolved in the final draft.

China wanted the document to mention the U.S.-UK-Australia deal to provide Australia with a nuclear-powered submarine, and the final draft notes that parties to the NPT are interested in “the topic of naval nuclear propulsion” and the importance of a transparent and open dialogue on it.

Of the five nuclear powers, China is the only one still producing fissile material — either uranium or plutonium — needed to produce nuclear weapons, and several Western nations wanted to pressure Beijing to halt production.

The final draft document barely mentions the Treaty on the Prohibition of Nuclear Weapons, saying only that it was adopted in July 2017, entered into force in January 2021, and held its first meeting of states parties in June 2022. Some Western countries maintain that calls for immediate nuclear disarmament are totally unrealistic in the current highly polarized and chaotic world.