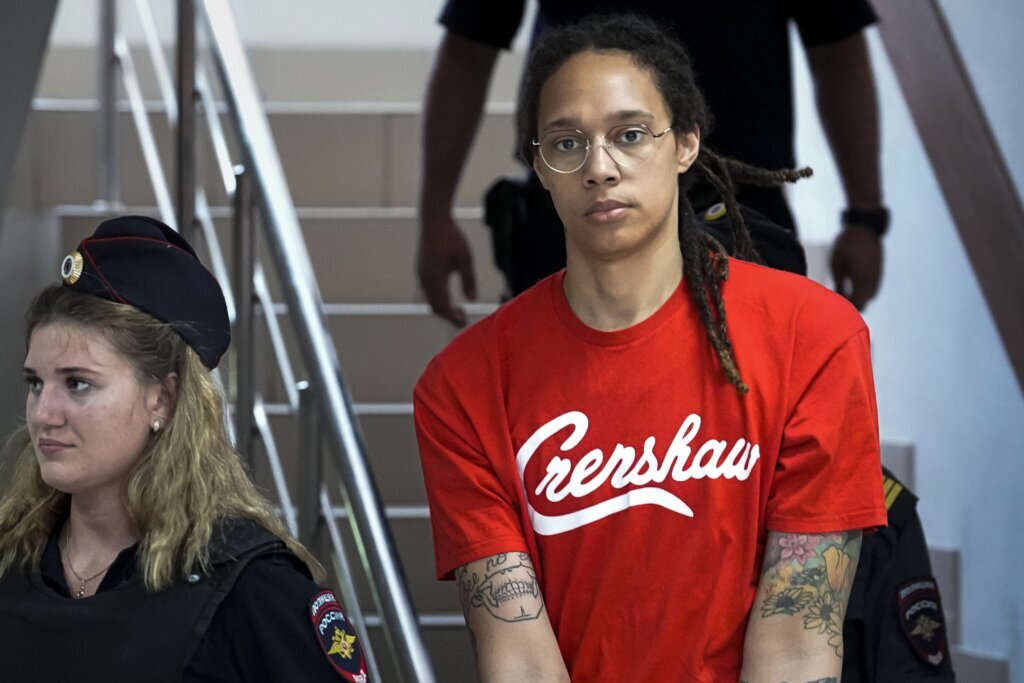 CHICAGO (AP) — Brittney Griner is “the fun aunt,” according to Nneka Ogwumike. She is resilient and kind, Ogwumike said.…

CHICAGO (AP) — Brittney Griner is “the fun aunt,” according to Nneka Ogwumike. She is resilient and kind, Ogwumike said. A fellow daughter of Texas, and Ogwumike’s father’s favorite player.

Speaking Friday ahead of the WNBA’s All-Star festivities in Chicago, Ogwumike focused more on Griner’s humanity than her playing ability as the league continued to push for Griner’s release from her detention in Russia.

“BG, Brittney Griner, is an American hero,” said Ogwumike, an All-Star forward for the Los Angeles Sparks. “She is ours and she is yours, and we must get her home.”

Ogwumike, the president of the WNBA players’ association, joined Griner’s wife, Cherelle, the Rev. Al Sharpton, Seattle Storm star Sue Bird and union leader Terri Jackson for a press conference calling for mercy for Griner a day after the eight-time All-Star pleaded guilty to drug possession charges that could see her sentenced to up to 10 years in prison.

Griner, 31, was first detained at Moscow’s Sheremetyevo Airport in February, and police said they found vape canisters containing cannabis oil in her luggage.

“She’s been there 4 1/2 months, having to be transported in vehicles too small for her frame,” Sharpton said. “Incarcerated where, she’s in a place where most of the people in that place can’t speak her language. I think she’s already done a lot of time given what we’re talking about was the infraction.”

Speaking through an interpreter, Griner told the court Thursday she had no intention of committing a crime and had acted unintentionally because she had packed for Moscow in a hurry. The trial was then adjourned until July 14.

Griner’s guilty plea could be an effort by her and her advisers to expedite the court proceedings.

“BG has taken accountability, and now it is time — past time — for this to come to a conclusion,” Jackson said.