OLEKSANDR USYK has been snapped playing a charity basketball game in Ukraine as he relaxes weeks after his win over Anthony Joshua.

The Ukrainian boxer is not fighting any further opponents this year due to injury and wanting to spend time with his family.

So while Joshua and Tyson Fury work out a date for their Battle of Britain clash, Usyk was instead enjoying a low-stakes basketball match.

Fury’s camp had wanted to see if a bout could be arranged with the Jeddah winner before the end of the year, but Usyk’s injury put paid to those plans.

Instead Fury looks set to fight AJ as their two teams try and organise a date for November or December.

The 34-year-old set social media alight as he surprisingly called out Joshua for a fight. 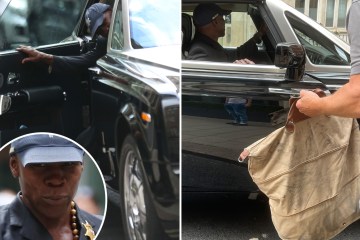 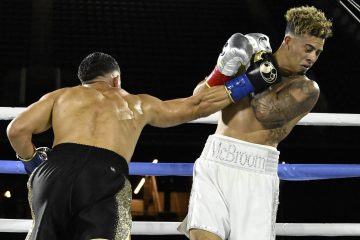 His offer came only weeks after Joshua lost for a second time to Usyk.

The bout gives Joshua the chance to claim the WBC World title if he wins but the camps are still squabbling over dates.

But reports suggest a deal is in the offing, and the fight could be the biggest in British boxing history.

And in another twist, Usyk has even offered to train Joshua for the fight should it come to pass.

Negotiations are currently on hold after the death of the Queen.

Fury’s co-promoter Frank Warren told Talksport that they paused talks out of respect for Her Majesty.

He said: “We’ve put it all on hold at the moment. It wasn’t appropriate obviously. That’s how we feel.

“We’ve put it on hold and will pick up on it in the next week or so.

“From our perspective, we don’t feel it is appropriate out of respect for what has happened.”