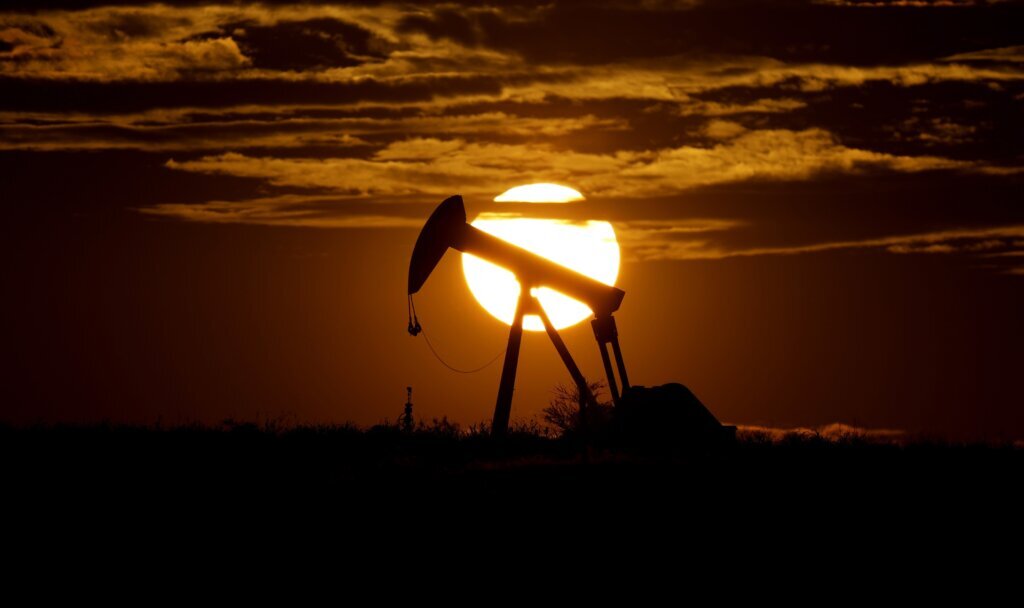 OPEC and allied oil-producing countries are weighing how much crude to ship to a troubled global economy as recession fears have sent prices far down from summertime peaks.

FRANKFURT, Germany (AP) — OPEC and allied oil-producing countries, including Russia, made a small trim in their supplies to the global economy Monday, underlining their unhappiness as recession fears help drive down crude prices — along with the cost of gasoline, to drivers’ delight.

The decision for October rolls back a mostly symbolic increase of 100,000 barrels per day in September. It follows a statement last month from Saudi Arabia’s energy minister that the OPEC+ coalition could reduce output at any time.

Oil producers such as Saudi Arabia have resisted calls from U.S. President Joe Biden to pump more oil to lower gasoline prices and the burden on consumers. OPEC+ has stuck with only cautious increases to make up for deep cuts made during the COVID-19 pandemic, which were finally restored in August.

Since then, growing worries about slumping future demand have helped send oil prices down from June peaks of over $120 per barrel, cutting into the windfall for OPEC+ countries’ coffers but proving a blessing for drivers in the U.S. as pump prices have eased.

The supply cut for October is only a small fraction of the 43.8 million barrels per day under OPEC+ production goals, but wrong-footed several analysts’ predictions of no change in output. Oil prices jumped after the announcement.

Oil prices have gyrated in recent months: Recession fears have pushed them down, while worries of a loss of Russian oil because of sanctions over its invasion of Ukraine pushed them up.

Recently, recession fears have taken the upper hand. Economists in Europe are penciling in a recession at the end of this year due to skyrocketing inflation fed by energy costs, while China’s severe restrictions aimed at halting the spread of the coronavirus have sapped growth in that major world economy.

Those falling oil prices have been a boon to U.S. drivers, sending gasoline prices down to $3.82 per gallon from record highs of over $5 in June and offering a potential boost to Biden as his Democratic Party heads into midterm elections.

“The President has been clear that energy supply should meet demand to support economic growth and lower prices for American consumers and consumers around the world,” White House press secretary Karine Jean-Pierre said. “President Biden is determined to continue to take every step necessary to shore up energy supplies and lower energy prices.”

In June, fears that U.S. and European sanctions would take Russian oil off the market helped push Brent to over $123. Prices have fallen sharply in recent weeks as it became clear that Russia is still managing to sell significant amounts of oil in Asia, albeit at sharply discounted prices.

But concerns about the loss of Russian supply are still out there because European sanctions aimed at blocking most Russian oil imports won’t take effect until the end of the year.

Other factors are lurking that could influence the price of oil. For one, the Group of Seven wealthy democracies plan to impose a price cap on Russian oil aimed at battling high energy prices and reducing oil profits that Russia can use for its war in Ukraine.

That’s if the cap works as intended. Russia could refuse to supply oil to countries and companies observing the cap, which would take barrels off the market. The price cap has not been set, and its influence on the global price remains unclear.

Meanwhile, a deal between Western countries and Iran to limit Tehran’s nuclear program could ease sanctions and see more than 1 million barrels per day of Iranian oil return to the market in coming months. However, tensions between the U.S. and Iran appear to have risen in recent days: Iran seized two U.S. naval drones in the Red Sea, and U.S., Kuwaiti and Saudi warplanes flew over the Middle East on Sunday in a show of force.

OPEC+ countries’ energy ministers said their September increase of 100,000 barrels a day was only for that month and that the group could meet again at any time to address market developments.