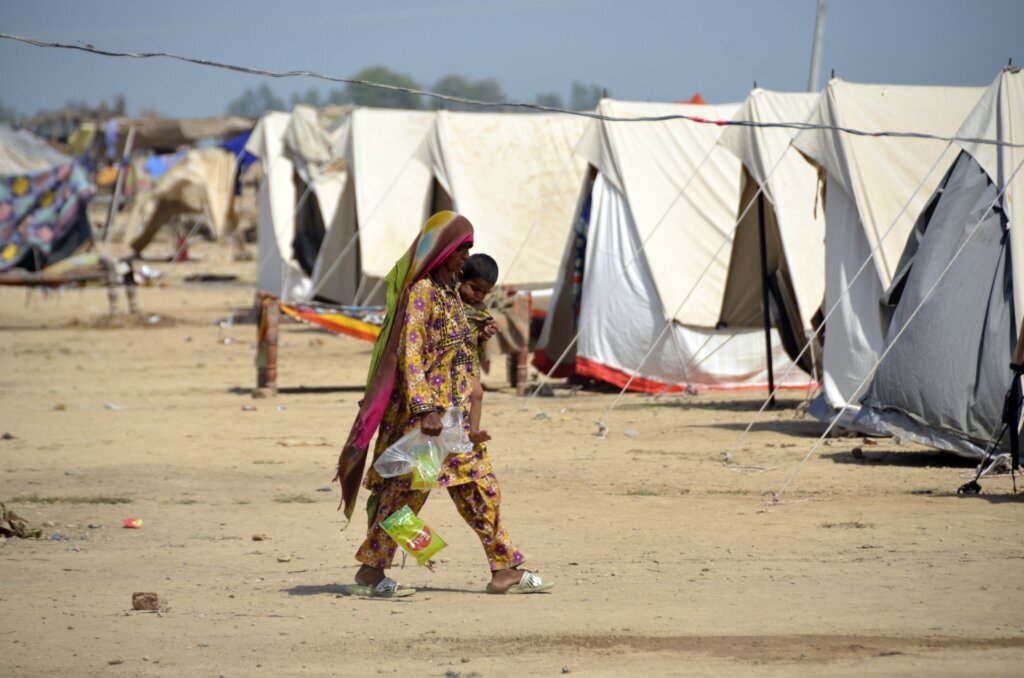 ISLAMABAD (AP) — Pakistan has deployed thousands of additional doctors and paramedics in the country’s worst flood-hit province to contain the spread of diseases that have killed over 300 people among the flood victims, officials said Friday.

Some of the doctors who refused to work in Sindh province have been fired by the government, according to the provincial health department there. Floods have killed 724 people, including 311 children and 133 women in the province since July.

The monsoon rains and flooding, which many experts say are fueled by climate change, have affected 33 million people, caused at least 1,596 deaths and damaged 2 million homes across Pakistan.

About half a million flood survivors are homeless, living in tents and makeshift structures.

In the past two months, Pakistan sent nearly 10,000 additional doctors, nurses and other medical staff to serve survivors at health facilities and at medical camps across Sindh province.

About 18,000 doctors and nearly 38,000 paramedics are treating survivors in the province, according to data from the health department.

Floods have damaged more than 1,000 health facilities in Sindh, forcing survivors to travel to other areas to seek medical help.

Waterborne and other diseases in the past two months have killed 334 flood victims.

The death toll prompted the World Health Organization last week to raise the alarm about a “second disaster,” with doctors on the ground racing to battle outbreaks.

Some floodwaters in Pakistan have receded, but many districts in Sindh are still submerged, and displaced people living in tents and makeshift camps face the threat of gastrointestinal infections, dengue fever and malaria, which are on the rise at relief camps.

The devastation has led the United Nations to consider sending more money than it committed during its flash appeal for $160 million to support Pakistan’s flood response.

Pakistani Prime Minister Shahbaz Sharif, who is in New York, will speak at the U.N. General Assembly on Friday to seek more help from the international community.

On Wednesday, Julien Harneis, the U.N. resident coordinator in Pakistan, said: “The humanitarian situation remains dire in flood-affected areas of Pakistan, with widespread damage to physical infrastructure and ongoing harm to people and livestock.

Outbreaks of diarrhea, typhoid and malaria are increasing rapidly, he said, as millions of people sleep in temporary shelters or in the open in close proximity to stagnating water.