And the Telegraph claims Cech decided to leave after finding his influence as technical director significantly reduced.

Key allies Bruce Buck and Marina Granovskaia were both shown the door this month.

It meant boss Thomas Tuchel was given a greater say over transfers.

And the German made it clear to interim sporting director Boehly that he did not want Lukaku anywhere near his squad. 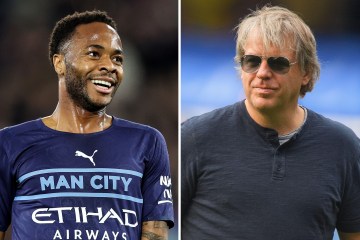 The club-record £97.5million striker is now on the verge of rejoining Inter Milan on loan.

But Cech, along with Granovskaia, wanted to keep Lukaku at Chelsea for at least another season.

Having helped orchestrate the transfer last summer, Cech felt the Belgian deserved another term to adapt to Tuchel’s tactics.

But new owner Boehly made it clear he intends to mirror Manchester City and Liverpool’s style in the market.

And he backed his manager’s decision to the hilt, leaving Cech feeling sidelined.

Earlier this month, the iconic former goalkeeper insisted Lukaku would enjoy a much more productive season in London.

Cech declared: “I personally believe he will have a great season. Last season we saw how strong he can be at the beginning when he came.

“But unfortunately, the long-term injury he sustained in the game against [Aston] Villa slowed everything down and then he had Covid as well.

“I think we could see towards the end of the season, when he was fit and ready to go again, how strong he is.

“I have full confidence he will bounce back and have a strong season.”

On his exit yesterday, Cech said: “It has been a huge privilege to perform this role at Chelsea for the past three years.

“With the club under new ownership, I feel now is the right time for me to step aside.

“I am pleased that the club is now in an excellent position with the new owners, and I am confident of its future success both on and off the pitch.”

Boehly added: “Petr is an important member of the Chelsea family.

“We understand his decision to step away and thank him for his contributions as an advisor and his commitment to the club and to our community. We wish him the best.”