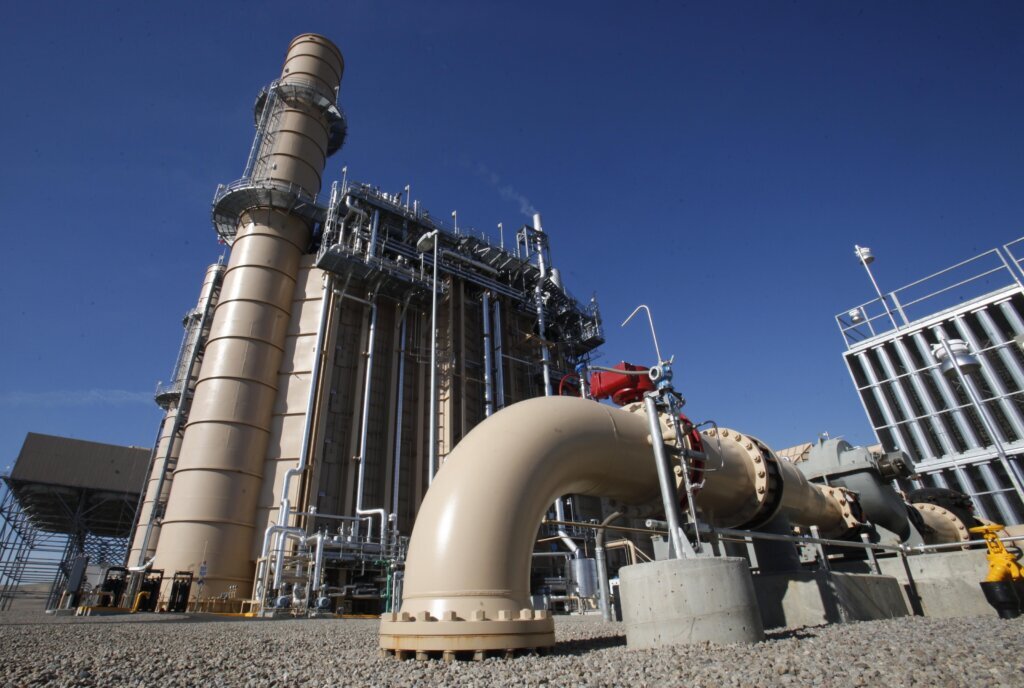 Pacific Gas & Electric’s plan is to take as much carbon out of the air as it emits by 2040, five years earlier than the goal set by its home state of California and Southern California Edison, the state’s second-largest utility.

The utility’s climate strategy also calls for more ambitious near-term goals. These include lowering emissions to 50% below 2015 levels, expanding the use of biogas — created when food waste and other organic matter breaks down — so that it constitutes 15% of its natural gas production, and ensuring 70% of its electric supply comes from renewable sources like solar and wind, all by 2030.

PG&E predicts its output of natural gas will decrease by 40% by 2030 compared to 2015 levels, but the utility will keep its three gas-fired power plants in operation.

With 16 million customers across northern and central California, PG&E supplies more people than any other utility in the nation. Its climate goals are among the most ambitious laid out by major investor-owned utilities, partly because California already has set aggressive clean energy laws, such as requiring utilities to get 100% of electric power from non-carbon sources by 2045.

Beyond the broad deadlines, the plan lacks many specifics. Mark Toney of The Utility Reform Network, a ratepayer advocacy group, said there’s no price hike protection for consumers. By contrast, the Sacramento Municipal Utility District recently promised not to raise prices more than the rate of inflation as it works to meet an ambitious deadline of eliminating carbon emissions from its power supply by 2030.

“What’s missing is any concrete commitment to affordability,” Toney said of PG&E’s plan.

The report also doesn’t outline what level of emissions the company still expects to produce by 2040. To be net-zero, the utility would have to remove that same amount of emissions from the air through technologies that aim to capture carbon and store it. The report says the company supports policies that promote research and development of such technology, but does not lay out any specific actions the company will take in that arena.

“What I’ve learned over my years is that setting an ambitious target is the first goal, is the first step,” she said on a call with reporters.

Poppe said the company wants to make sure it can provide new, cleaner energy sources to customers at the “lowest cost possible.” The price per kilowatt hour that PG&E customers pay now is about 80% higher than the national average, according to a 2021 study by Next 10 and the Energy Institute at the University of California, Berkeley, Haas School of Business.

Last year the utility got about 50% of its electricity from renewable sources like solar and wind. Another 39% came from the Diablo Canyon Nuclear Power Plant, which is set to shut down in 2025. Though Gov. Gavin Newsom has expressed interest in keeping the plant open, PG&E’s plan doesn’t envision a continued role for it.

To make up for that lost power, the utility is investing in more battery storage so it can save excess solar power produced during the day for use at night, the plan said. In recent years, California has struggled on some extremely hot days with having enough power to fuel the grid as more people crank up their air conditioners. Boosting battery storage for solar power is a key part of the state’s strategy for avoiding blackouts.

Ken Alex, who was senior policy adviser on climate and energy issues for former California Gov. Jerry Brown, said it was odd that the utility chose 2015 as a benchmark for emissions. The state typically measures emissions progress against 1990 levels, which were lower than in 2015.

He also noted the utility did not include any information on emissions related to wildfires sparked by its equipment and how those factor into its goals. California only recently began calculating carbon emissions from wildfires in its overall greenhouse gas emissions inventory, though it does not attribute those emissions to specific utilities.

“Those are real emissions, and they can overwhelm the system,” Alex said.

This story has been corrected to say that PG&E’s 2040 net-zero goal means the utility would remove as much carbon from the atmosphere as it emits, not more carbon than it emits.

“He is making the slap proud”