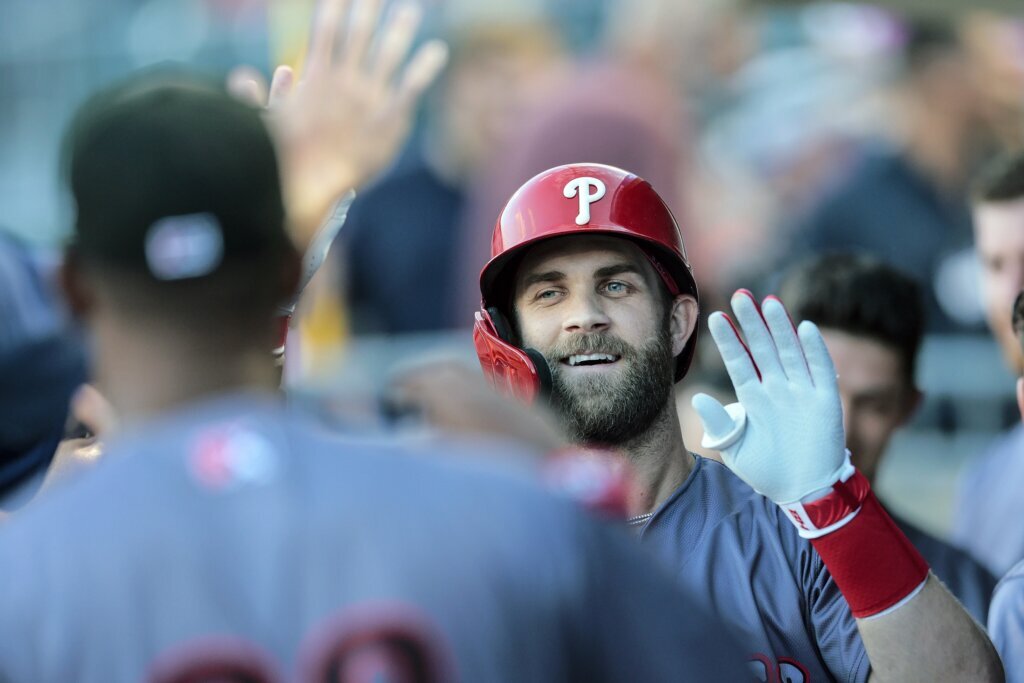 PHILADELPHIA (AP) — Reigning National League MVP Bryce Harper is set to start for the Philadelphia Phillies on Friday night, just two months after having his left thumb broken by a pitch.

Harper hit two home runs and a game-winning double in a a two-game rehabilitation assignment with Triple-A Lehigh Valley. His minor league stint was originally expected to last a few games longer.

Harper took off Thursday to recover from some soreness, but is set to be the designated hitter when the Phillies host Pittsburgh to start of a three-game weekend series.

The two-time NL MVP was hitting .318 with 15 homers and 48 RBIs when the thumb was broken by a fastball from San Diego’s Blake Snell on June 25.

Since his departure, Philadelphia has climbed into the second wild-card position in the National League with a 30-20 record without him.