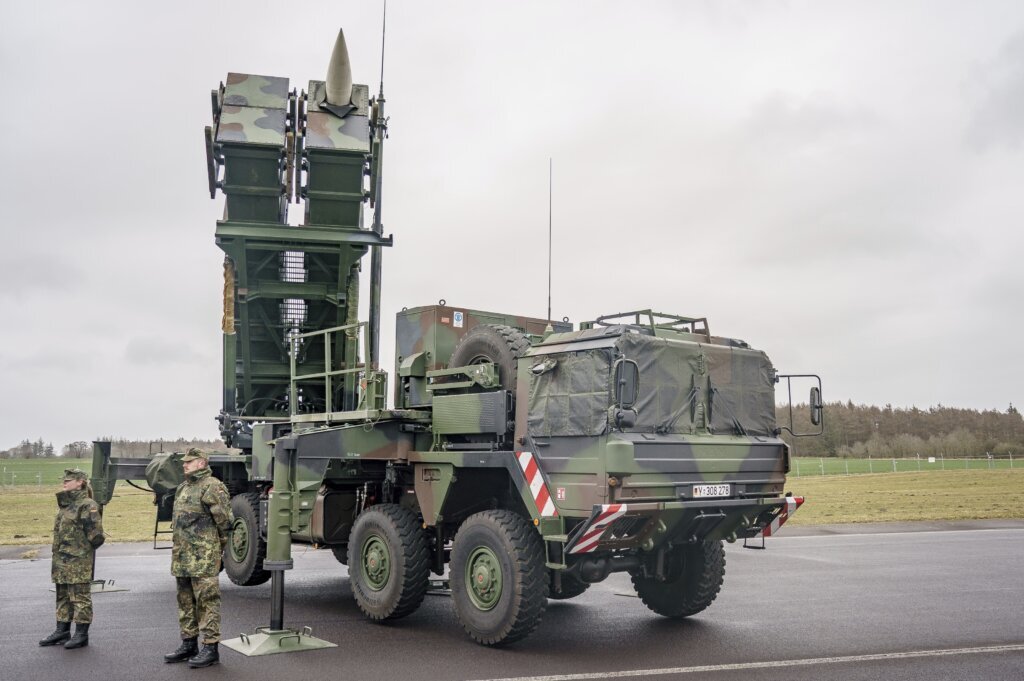 WARSAW, Poland (AP) — Poland’s government says an anti-missile system which Germany offered to send to Poland should instead go…

WARSAW, Poland (AP) — Poland’s government says an anti-missile system which Germany offered to send to Poland should instead go to Ukraine, a proposal that is a likely non-starter for Berlin because it would significantly ratchet up NATO involvement in Ukraine.

Poland’s surprising response to Berlin’s offer was welcomed by Ukraine, which is desperate to protect its airspace as barrage upon barrage of Russian missiles have knocked out power across the country.

But in Poland, critics of the populist ruling party accused it of sacrificing the country’s security with a war next door in Ukraine for the sake of a domestic political struggle which exploits anti-German sentiment for short-term gain.

The Rzeczpospolita daily called the new proposal by Poland’s leaders “shocking,” arguing that it would require sending German soldiers operating the system to Ukraine, and “that, in turn, would involve NATO in a direct clash with Russia, something the alliance has been trying to avoid from the beginning.”

“This proposal affects Poland’s credibility and, worst of all, its security. The Germans get a clear signal that we do not want their help, so the defense potential of the Polish sky will be lower,” deputy editor Michal Szuldrzynski wrote. “In the worst war in Europe since 1945, this is an unforgivable mistake.”

Poland’s populist ruling party, facing re-election next year with its popularity dented by 18% inflation, has been ratcheting up its anti-German messaging, long a staple of the party’s campaign rhetoric. Party leader Jaroslaw Kaczynski has also been trying to link his domestic opponents, particularly Donald Tusk, a former EU leader, to Germany, saying Sunday that if Tusk’s party wins next year, Poland would find itself “under the German boot.”

When Germany recently offered Warsaw Eurofighter planes and Patriot air defense missile batteries, Poland’s Defense Minister Mariusz Blaszczak initially said it was an offer he would accept with “satisfaction.” The offer came after two men were killed when an apparently stray Ukrainian defense projectile fell in Poland near the border with Ukraine on Nov. 15.

But Poland’s tune changed after Kaczynski gave an interview to the state news agency PAP on Wednesday, saying that the offer is “interesting,” but that “it would be best for Poland’s security if Germany handed the equipment to the Ukrainians.”

Since then both Blaszczak and Prime Minister Mateusz Morawiecki have repeated the position of Kaczynski, who directs the country’s government from behind the scenes.

After Russia’s full-scale invasion of Ukraine on Feb. 24, NATO beefed up its defenses along its eastern flank, while Poland has worked to strengthen its own military.

NATO’s policy is to not get directly involved in the war and to deploy the batteries only to protect member countries.

Tapping into anti-German feelings has long been a political strategy to win votes in Poland. Older Poles still carry the trauma of the atrocities inflicted on Poland by Germany during World War II. With the election campaigning underway, Poland has been demanding $1.3 trillion in wartime reparations from Germany — something Berlin says it won’t pay.

Kaczynski also blames Germany for supporting European Union efforts to defend the rule of law in Poland by withholding funding.

Meanwhile, Russia’s invasion of Ukraine has created new strains. Poland was long a critic of Germany’s gas deals with Russia and has also been critical of Germany’s initial hesitancy to arm Ukraine.

In Poland, some critics pointed out that the government was not only refusing higher military protection but also turning its back on critical EU funding, billions of euros that have been held up by the government’s refusal to follow EU guidelines on safeguarding the independence of judges.

Marcin Kierwinski of the opposition Civic Platform party said Kaczynski “has gone mad” for “rejecting” the Patriot missiles and EU funding “during war and crisis.”

Brazil vs Serbia: Neymar & Richarlison 2+ shots on target each NOW 5/1 with Betfair