LIONEL MESSI heads into a huge clash with Poland looking to avoid a very premature exit from what is almost certain to be his last World Cup.

The Argentines currently occupy second position in Group C but have work to do following their upset defeat to Saudi Arabia in the opening game. 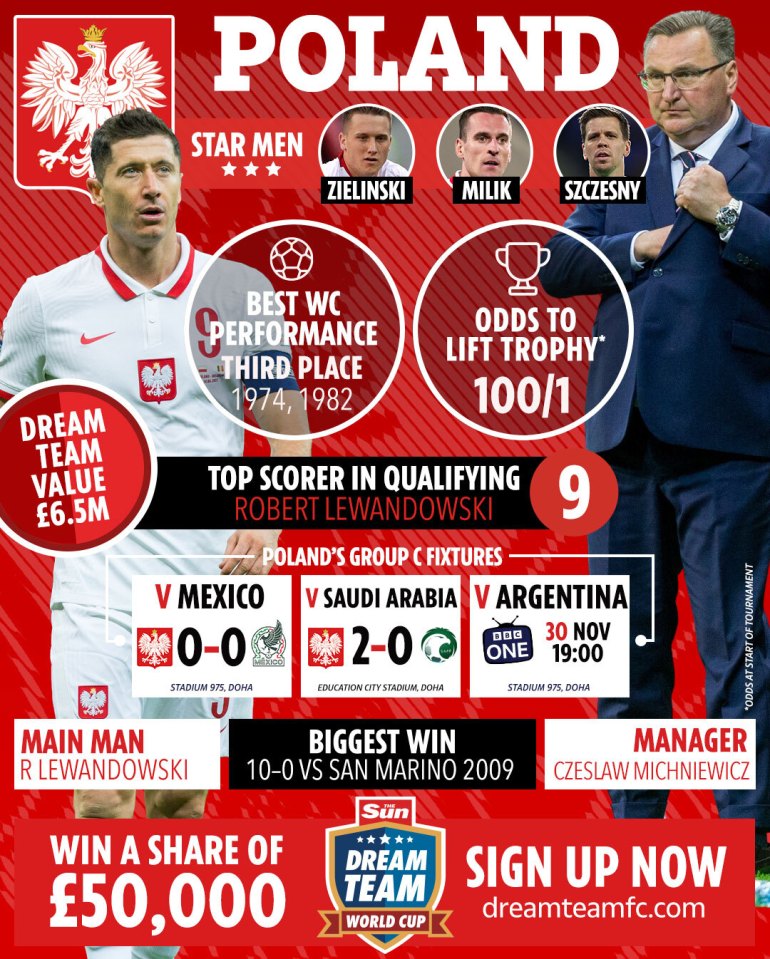 A victory will guarantee their place in the knockout stages and almost certainly see them avoid another last 16 clash with France.

Poland meanwhile have built from the back and while not being easy on the eye, currently occupy top spot without having conceded a goal.

And after feeling aggrieved to miss out on the Ballon d’Or to Lionel Messi in 2021, Robert Lewandowski will be determined to guide his side to the knockout stages.

SunSport takes a look at what to expect from Poland vs Argentina, including our score prediction.

BETTING SPECIAL – GET £66 IN FREE BETS ON THE WORLD CUP 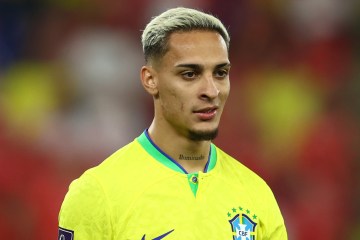 Argentina: Messi and Co were stunned by Saudi Arabia in a 2-1 defeat in their opening match.

But the seven-time Ballon d’Or winner stepped up when his country needed it most to score the first goal in a 2-0 win over Mexico in the second game.

Poland: The Poles could have already been through if Lewandowski had converted a penalty in their opening snore draw with Mexico.

But their talisman atoned to score the second goal in a crucial 2-0 win over Saudi Arabia in the following game. 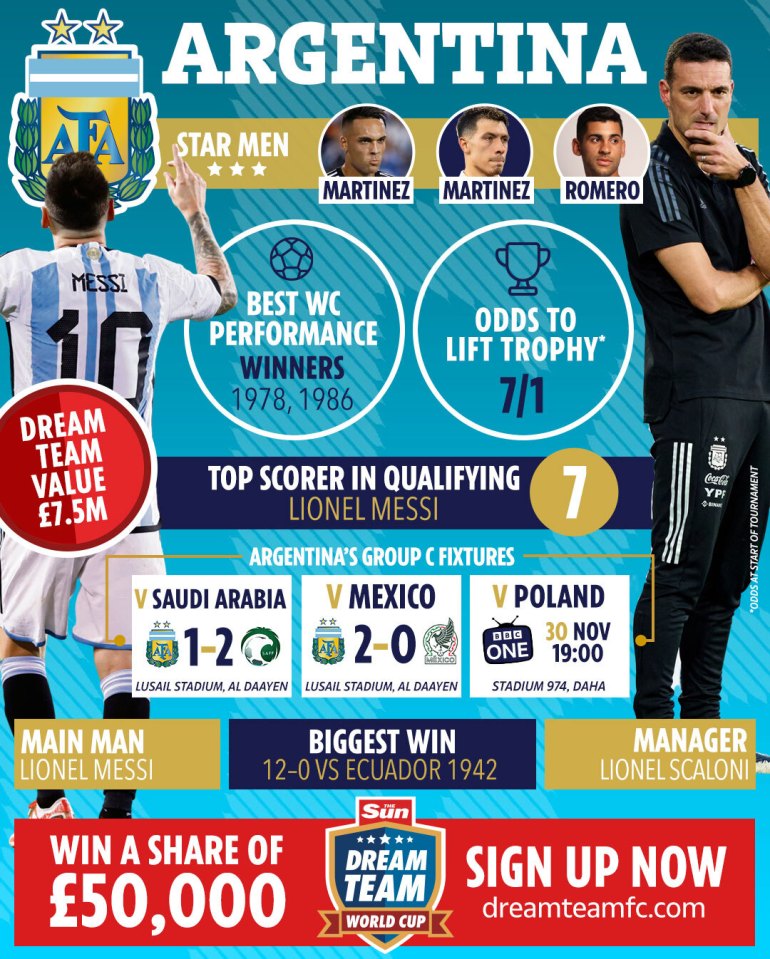 Poland: The Poles have no fresh injury worries ahead of this crucial clash.

Argentina: There are no injury concerns in the Argentine camp ahead of this one.

Who will be the star men?

Argentina: There is an array of talent in the Argentina ranks but nobody in the world has a CV quite like Messi.

Poland: The Poles are not likely to create too many chances in this game and Robert Lewandowski will need to take any that come his way.

Argentina will qualify with a win over Poland and top the group provided Saudi Arabia don’t beat Mexico by three more goals than they can manage.

A draw will be enough if Saudi Arabia vs Mexico ends in a draw or Mexico win by less than four goals.

Argentina will be out if they lose.

Poland will qualify with a draw and top the group if Saudi Arabia fail to beat Mexico.

If Saudi Arabia draw, Poland must lose by less than three goals to be sure of qualifying.

Poland will be out if they lose and Mexico win with a five-goal swing.

What is the head-to-head?

But Argentina got revenge four years later with a 2-0 win on the way to lifting the trophy in 1978.

The teams last meeting came in 2011 when Poland ran out 2-1 winners in a friendly in Warsaw.