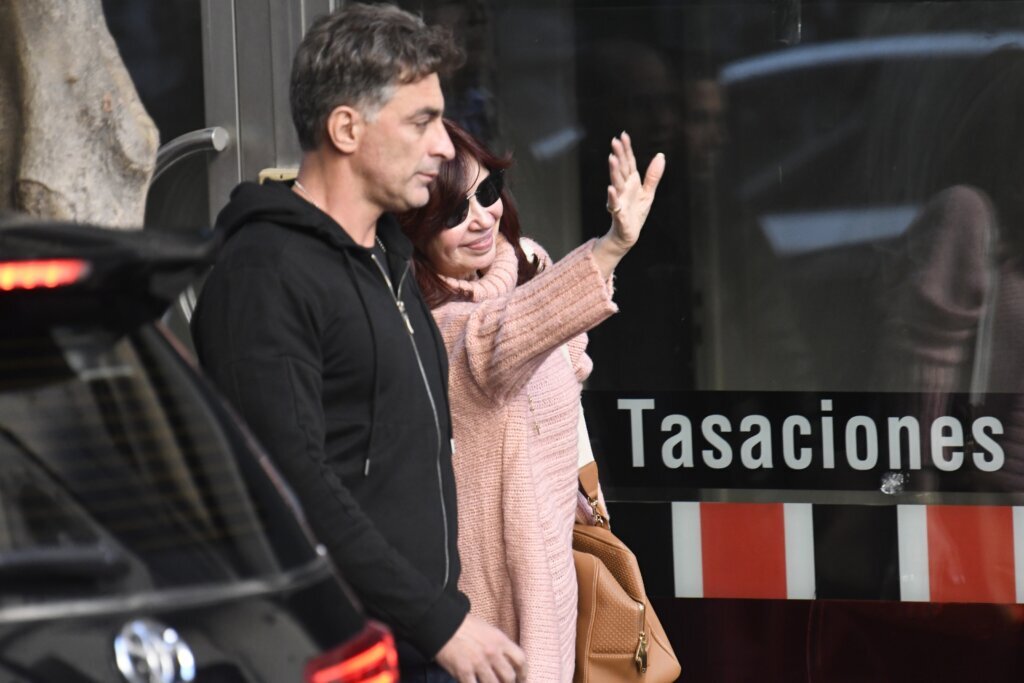 BUENOS AIRES, Argentina (AP) — The partner of a man suspected of trying to assassinate Argentine Vice President Cristina Fernández de Kirchner has been arrested by police as investigators tried Monday to determine if the attacker was part of a wider plot.

Brenda Uliarte, the 23-year-old partner of Brazilian suspect Fernando André Sabag Montiel, was arrested Sunday night by Federal Police at a train station in the capital, Buenos Aires, according to images circulated by authorities.

She has not been charged, but officials were trying to determine if she had any role in the Sept. 1 incident in which a man pointed a Bersa 380 pistol at Fernández and pulled the trigger — though the loaded gun did not fire.

Officials also were trying to determine how and why data apparently had been wiped from a cellphone seized from Sabag Montiel when he was caught at the scene.

The apparent assassination attempt has shaken a nation where Fernández has been a central political figure for decades, serving as president from 2007 to 2015 following the term of her late husband, Nestor Kirchner, who took office in 2003.

A judicial source said Uliarte had been present in the area where the foiled attack took place, mixed among hundreds of Fernández’s sympathizers who had come to show support at a time she faces trial on corruption allegations. The source spoke on condition of anonymity due to rules governing case secrecy.

Sabag, 35, had lived in Argentina for more than two decades. Local news media have published images from his now-inactivated social media accounts showing him with arms tattooed with Nazi-like symbols.

Investigators say they are trying to determine why the gun did not fire and also to extract information from Sabag Montiel’s cellphone. Authorities say it came to Airport Security Police, who are in charge of trying to inspect it, reformatted, as if it had come from the factory.

An informatics investigator, Pablo Rodríguez told the Todo Noticias television channel that when a cellphone is confiscated, police should ensure it can’t be accessed externally by turning it off, removing the chip and putting it in a bag that protects against external radiati9on.

“But is they didn’t do all that, the phone was active and it’s possible it could have been reset remotely.”

Security Minister Aníbal Fernández told reporters that police “did not manipulate” the phone. “What they did was collect it, put it in a (protective) Faraday bag and sent it to the court.”